The composer Václav Riedlbauch, who ran the Czech Philharmonic Orchestra as direc tor general from 2001 to 2009, has died after a long illness.

He made two unsuccessful conductor appointments, replacing Vladimir Ashkenazy with Zdenek Macal, and Macal with Eliahu Inbal in an unhappy period for the orchestra.

After being deposed in a player revolt, Riedlbauch served for a year as Minister for Culture. He taught for 35 years at the Academy for Performing Arts in Prague. Among his compositions was a long-running ballet, Macbeth 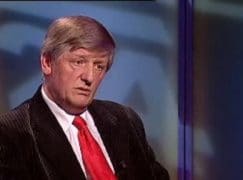 « 80% of German music lessons are cancelled

Death of a classical guitar pioneer »