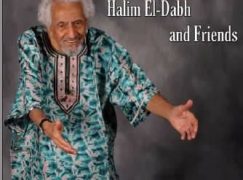 Death of a Martha Graham composer, 96

The family of Halim el-Dabh have posted:

It is with the deepest sorrow that I announce the death of my beloved husband Halim who died peacefully and gracefully in his home in Kent, Ohio on Sept. 2, 2017.

Halim was a prolific composer as well as a performer, professor and ethnomusicologist. One of his most famous works is his collaboration with Martha Graham for a work entitled “Clytemnestra”. He has written scores for world wide orchestras, dance companies, chamber orchestras and solo works.

Halim is survived by his beloved wife Deborah and his children Habeeb, Shadia and Amira. 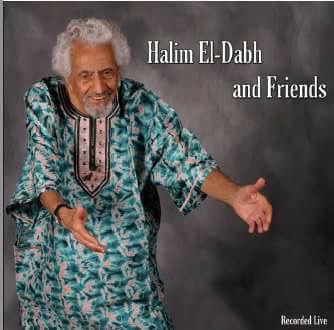 Originally from Cairo, Halim studied in the US with Krenek, Copland, Fine and Dallapiccola. After his eye-catching involvement with Martha Graham, he joined the electronic pioneers Luening and Ussachevsky in experiments with computers and synthesizers before applying himself to ethnomusicological expeditions in Africa.

He taught at Kent State University, 1969-1991, and leaves a large body of publsihed works.

« US orchestra in mourning for principal horn, dead after car crash

Elbphilharmonie to shut for repairs after water damage »