Claudia Pinza Bozzolla, the only child of the great bass Ezio Pinza to follow him into opera, died in Pittsburgh on Thursday.

Growing up in Italy after her parents’ marriage broke down, she made her Scala debut at 18 and progressed to the Met, where her father had sung for 20 years. They managed to appear together in Faust at San Francisco Opera before he moved on to a second career in stage musicals.

Claudia set up as a voice teacher in Pittsburgh, where her star pupil was Vivica Genaux. 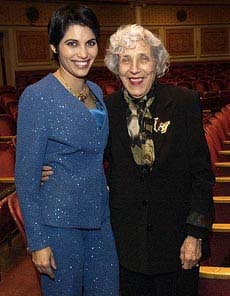