A conducting competition is held behind a screen

The results are in for the first conducting contest where the competitors were unseen by the judges.

It took place in Radom, Poland, from 9-15 July with 39 competitors from 21 countries. 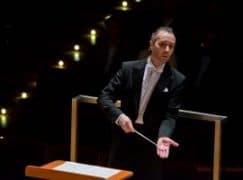