Cellist is beaten by Turkish police as terror suspect

The Turkish cellist Gülşah Erol was arrested at Kadıköy Metro Station accused of keeping a bomb in her cello case.

She was handcuffed, locked in a room and beaten up. 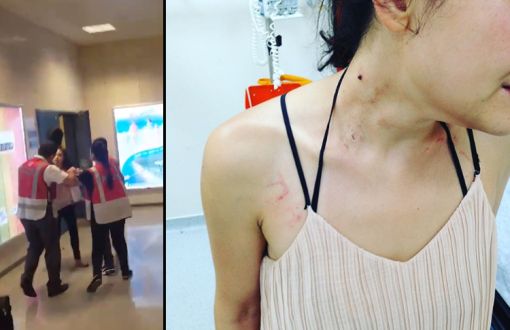 Erol writes: ‘I was battered by two police officers on August 2. They declared my instrument a bomb and me a terrorist and closed me in a room. I was handcuffed and punched and kicked several times. They hit in my face with Turkish flag. They were telling me ‘We are citizens of this country’, what about me? When I told them I was a musician, please be careful about my arms and hands, they hit harder. They said that the people like me should leave the country, we are traitors. They threatened me with sending me to jail. They insulted my family. I didn’t put the photos of the damages in my body because they look horrible. I am a musician! I am an artist who labor for this country. Is this what I deserve?! My whole body aches but mostly my heart. I could have died yesterday…’