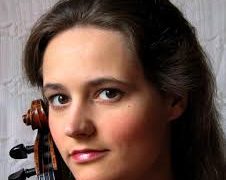 Leipzig fiddles around with its violas

The Gewandhausorchester has named the Russian violist Elizaveta Zolotova as principal viola after a set of summer auditions.

Born into a Moscow musical family, she has been a regular at Verbier for the past decade and played in the Gustav Mahler Youth Orchestra, She joined the Staatskapelle Dresden as a section player in 2014 and moved to the Gewandhaus last year.

Behind these moves, other wheels were turning.

Clearly that did not work out. Jivaev, from Uzbekistan, was asked to reapply for his position in this summer’s auditions but chose to return to his former tenured position within the section. Another player in the section then won the audition.

This does not look like a particularly happy outcome.

The Gewandhaus has made no announcement of the new principal viola.

« If SoundCloud shuts, what becomes of the music?