We have received this message from Maureen Kilkelly, Executive Director of the American Federation of Musicians and Employers’ Pension Fund in response to our report on members’ fears for the fund:

The lawsuit filed against the Board of Trustees and Executive Director of the American Federation of Musicians and Employers’ Pension Fund is entirely without merit. The Board of Trustees and staff of the Fund have always taken our fiduciary responsibilities very seriously.  Every step of the way, we have consulted with respected and experienced investment experts in the industry, closely reviewed investment options, and always acted in the best interests of the Fund’s nearly 50,000 participants and beneficiaries.
The lawsuit is directed at the performance of fund investments.  But there are many other causes of the Fund’s present financial predicament. Many multiemployer pension plans across the nation are struggling with a similar “perfect storm” of challenging factors. These include the volume of Baby Boomers taking retirement; more benefits being paid out to retirees and beneficiaries than contributions coming in from actives; and significantly longer pay-outs because participants are thankfully living longer.  Additionally, two major recessions since 2000, the one in 2008-09 being of epic proportions and causing the collapse of financial markets worldwide, have profoundly impacted pension plans across the nation.
The Trustees, Executive Director and staff of the Fund have responded prudently to all challenges and have consistently based their decisions on the counsel of proven investment advisors and actuaries.
We will vigorously contest this lawsuit, and expect to prevail. Our focus will continue to be on doing everything we can to preserve the hard-earned benefits of our participants and beneficiaries. 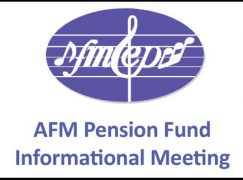