US musicians fear losing their pensions

We hear increasing concerns about the state of the AFM pension fund that most US freelancers pay into.

Last week, a group of members filed suit against the American Federation of Musicians, alleging that the AFM engaged in reckless investments in volatile markets.

You can read the full text of the suit here.

AFM officials dismiss the allegations as ‘frivolous’ but the concerns are real. 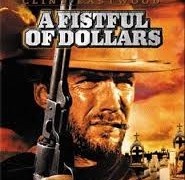