The  International Double Reed Society forum has posted news of the death of Svetoslav Slavchev, a well-known Bulgarian bassoonist with a busy internet profile. He was principal bassoon of the State Opera Varna for a decade and pursued a successful career with his own trio. 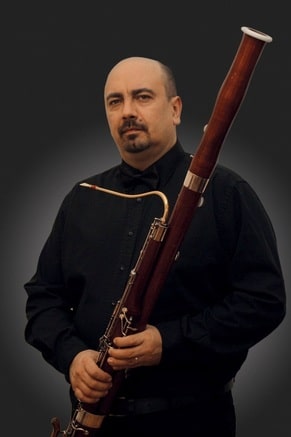 Mr. Slavchev not only was an excellent bassoonist who performed often across Eastern Europe but also was very active on the internet; he had a large social media presence on Facebook and contributed a significant number of pieces of music to the Russian bassoon sheet music library website many of which I have used in auditions and to great success. Without his generosity in uploading so many works, many of which I would never have heard if not for him, I would not have had the opportunities I have now as a young adult bassoonist.

He was a long time member of the International Double Reed Society and regularly brought a smile to his readers with a jovial, lighthearted and very frank sense of humor. It is painful and unexpected to see the news, and I hope that others can chime in as well for the efforts of Mr.  Slavchev, which have undoubtedly helped many, including me many thousands of miles away, in our musical journeys.

The Swedish soprano Iréne Theorin has posted that she sang the role in Budapest on June 16, 17 and 18, just like they used to do at Bayreuth. Current practice is for artists to take a two or three day break.

But does everyone need time off when the blood is high and the fires burning? 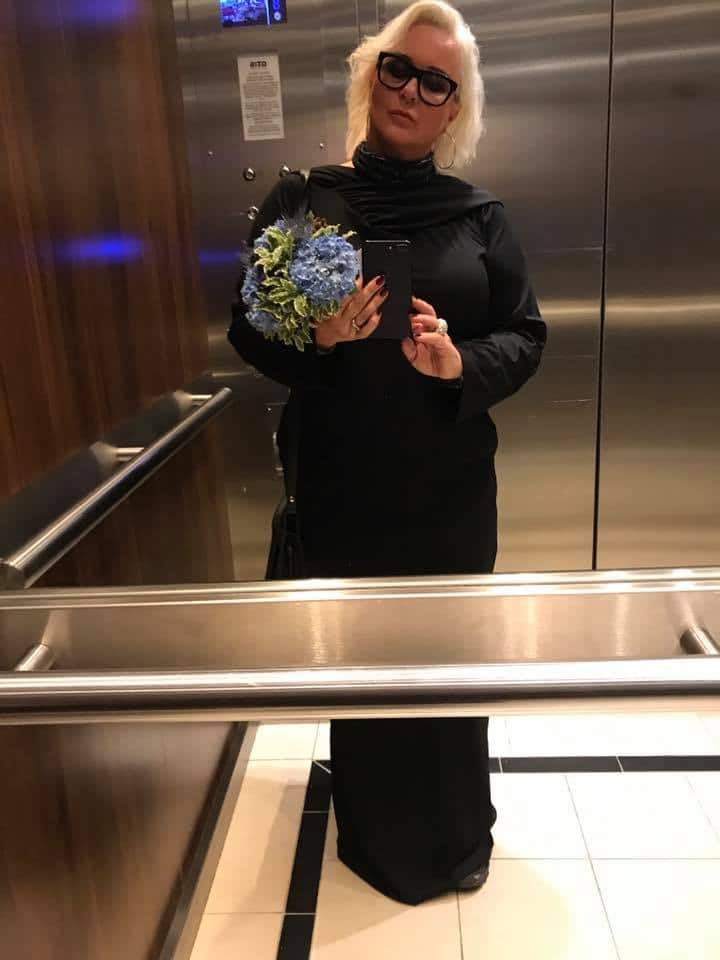 Spreading the word for some friends who are pursuing a good cause:

A report published in 2000 – the Mattéoli Report – highlighted the unsatisfactory progress achieved in restoring property looted from France during the Second World War. Since that date, however, the looting of Jewish property throughout Europe has been the subject of a considerable research. Box-office hits such as Monuments Men and Woman in Gold have also done much to bring the sensitive issue of art-work restitution into the limelight. Looted libraries, for example, are currently the subject of some attention. But the matter of looted musical instruments remains in the main ignored.

Nonetheless, we feel that the time has come to establish the history of looted musical instruments, as a mark of respect to their original owners and as an act of research on its own merits, with a view to establishing the singular and often complex trajectory of every surviving instrument.

No other organization dedicated to such a task as yet exists. Gather and record the last surviving witness accounts is our priority. But our aim is also to cross-reference various existing lists, exploit all available archival resources on the subject, and raise public awareness by alerting scientists and musicians, and registering new demands for restitution.

Our webpage is:  www.musiqueetspoliations.com . Please don’t hesitate to use the contact form. In the near future, we shall return to you with a subscription form. We would be very  grateful if you would dispatch it around you. 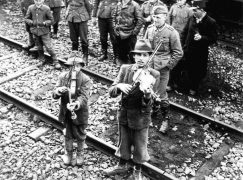 Here are two accounts of what happened at the Komische Oper on Friday night. The first is by the soloist, Gabriela Montero. The second is by an audience member, the German-based pianist Igor Levit.

There are many ways to break the silence that has enveloped the Venezuelan tragedy for so many years. What happened at the Komische Oper on Friday, just as Mirga, the orchestra and I were about to begin Tchaikovsky’s Concerto No.1, was as shocking and desperate, as it was deeply moving.

To our surprise, a Venezuelan man and woman sitting in the front row, far left, rose to their feet and began to sing the Venezuelan National Anthem. Everyone was taken aback. I turned my body towards them, to listen, observe and admire the courage it took for these two people to break the silence, the sacred aura of this temple of classical music.

Who does that? How dare they?

I’ll tell you who and why.

Two people who have lost and suffered so much, who have had so much stolen from them and their families, that they knew that bringing Venezuela to that audience in that moment, and therefore, rupturing the silence and attention that is devoted seconds before the first notes of the music that represents the best of humanity, was as relevant a moment as there ever was to wake the world up of its complacency towards devastation.

After a few minutes of the audience listening attentively, which I must say I do appreciate given that most of them did not understand this act of protest and call for help, Mirga began the concerto. I quickly turned to the piano, and began playing the most heart breaking and powerful rendition of this concerto I have ever given.

After the applause, as I usually do, I took the microphone to do my encore. I wore the new necklace I just had made with the colors of the Venezuelan flag, hung it around my neck, and sat down to explain to the audience what had just happened.

I began by saying,” I want to explain to you what just happened. This couple, whom I have never met, courageously sang our National Anthem, to remind the world that beyond these walls, of this safe concert hall, there are a great many people who are suffering. Our country, Venezuela, is suffering and living its most horrific history”.

At that point, a man yelled from the balcony in German, something to the effects of, ” This is not the place for those political things”.

Of course, I immediately backfired and firmly and loudly replied, ” MUSIC IS ABOUT HUMANITY, OTHERWISE, IT MEANS NOTHING”.

The public supported me with great applause, telling us they understood our message.

Two improvisations followed, and then a touching Lithuanian piece for strings that Mirga had asked me to improvise on.

Below is a photo of my necklace, as my personal way of bringing Venezuela with me to every concert platform, and as my way of telling the Venezuelan people I am always with them. 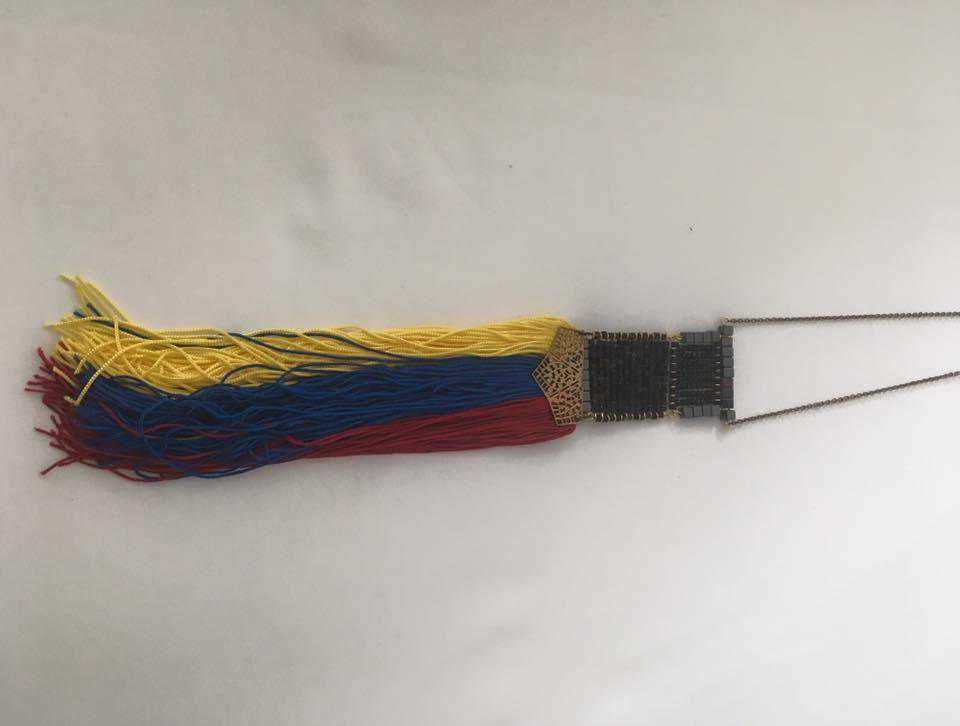 How many times have we heard all Tchaikovsky’s first Piano Concerto? How often we talk about how “great” the play is on the one hand, how much it is played ” up and down ” etc….

Last night, a very special concert took place at the Komische Oper. Gabriela Montero Mcelroy has just performed this piano concerto with Mirga Gražinytė-Tyla and the orchestra of the Komische Oper. When they were on stage and the conductor wanted to start, two young people suddenly jumped up in the first row and sang the national anthem of Venezuela. First goosebumps moment. The power … can hardly be reflected in words. What warmth, but the energy from Gabriela, who was visibly moved and overwhelmed (no one expected it to be sung, not even the two in the first row, who had met only a few minutes earlier in the foyer)…

What followed was the (most) touching b-minor concerto I could ever hear. Gabriela Montero didn’t interpret it, she told about herself, told us, took us with her, read us … witness. When a concert moves so much more than “interpretation”. the assessment criteria are shifting. It does not matter whether something loud or quiet, fast or slow, hard or soft, appropriate or inappropriate, together or not together. No, there’s something inexpressible and indescribable on these evenings. It creates life among all those involved. There was an artist on the stage, for which the music occupies an incredibly vital importance. She has no distance. She’s exposing herself. Their fight for their country, for their people, their suffering, their hope, which they live, and for which they stand, day by day, hour to hour, all that has been brought alive. She reminded us of every tone that was so intuitive, so breathing out of the wing, that we all suffer, hope, feel, and just to live. We all became music. Music was no longer decoration, she was present. I have the pages of the first sentence so painful, so proud, so moving never heard.

There are now people who believe that political speeches do not belong in a concert. Many artists also think that. It is not a question of speeches. It’s about awareness, about consciousness. Conscious of the fact that no artist, no person, should be hiding out in front of the world. So that every person, regardless of job and task, positioning, fighting, helping – must be human. Gabriela Montero is such a person. She gave all of us not only a wonderful Tchaikovsky concerto yesterday, no, she gave her music a moment that brought us closer to ourselves. I’m still overwhelmed and touched. And grateful.

The RTÉ National Symphony Orchestra are about to discover (you read it here first) that they are heading for China in a fortnight, their first trip to the country, and completely out of the blue.

What happened, we hear, is that China’s National Centre for the Performing Arts in Beijing asked the veteran conductor José Serebrier to bring an orchestra of his choice for the season’s final concert on Sunday, 23 July 2017.

José had fallen in love with Dublin a little while back and thought it would be nice to take the Irish out to China for a day – just the one concert of Verdi and Glazunov – and then back to the duty-free.

There will be an official announcement tomorrow. 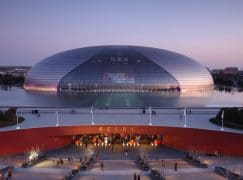 The Vienna State Opera sold 98.83 percent of all available tickets in the season that ended this weekend.

That’s practically sold-out for all shows.

That must be why the fluffy Austrian government has decided to replace its director Dominique Meyer with a chancer from the record industry.

Still, all is not lost.

The Metropolitan Opera needs a leader like Dominique Meyer. 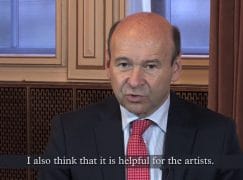 The rising French pianist was stacking shelves in a supermarket until a suburban teacher of Russian origin put him on the path to stardom. 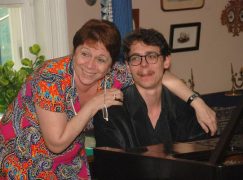