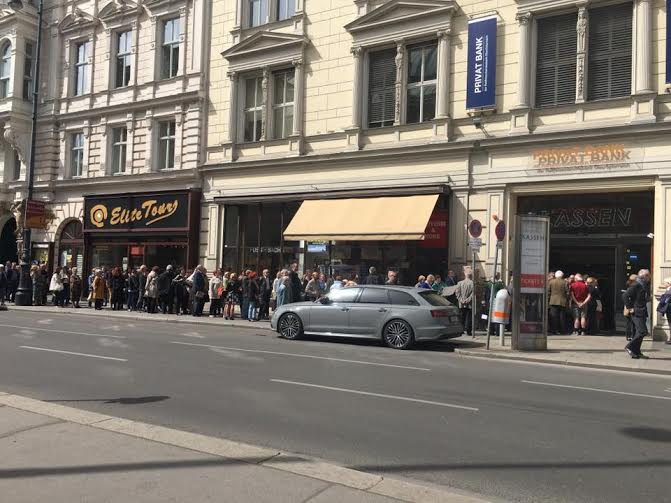 Some months ago, the Austrian cultural minister Thomas Drozda told the general director of the Vienna State Opera, Dominique Meyer, that he would be required to reapply for his job.

Meyer, 61, must have wondered why, but he had been in post for ten years and he may have assumed that this was an obscure Austria regulation dating back to Habsburg times. A Frenchman who is fluent in German he’d had plenty of opportunities to observe the little quirks that make Austria that little bit different from any place on earth.

He duly reapplied for the job, expecting that, after ten years of record attendance – over 98 percent – vastly increased revenues and a progressive streaming policy, his reappointment for five more years would be a foregone conclusion.

When we met in London for tea a few weeks ago there were no obvious clouds on the horizon, other than the possibility that Austria would elect a fascist president, in which case Meyer assured me he would resign.

Drozda, however, had other ideas. A former business chief of Vienna’s Burgtheater, he was not so much a minister as a meddler. Drozda hasd also been director of the Austrian theatres association, a position which gave him overview of confidential information across the industry.

He decided – for reasons which he has not specified – to get rid of a tried, tested and extremely popular director of the Vienna Opera and replace him with a man from the record business who would not list personal charm and staff loyalty among his principal attributes.

Bogdan Roscic, an Austrian nationalised ex-Yugoslav, has never cast an opera in his life, or run a company on the scale of the Vienna Opera. He is as different from Meyer as plum slivovitz from premier cognac. Meyer gets things done by persuasion, Roscic by abrasion.

But the minister of culture has the power to chop heads. And in a year when an untested businessman was elected to the White House in preference to an experienced politician, Drozda may have decided that getting rid of Meyer was a trendy thing to do, going along with the zeitgeist.

From an objective perspective, it’s an unnecessary risk.

Meyer has been an outstandingly successful head of the Vienna Opera. He will go on to other, greater things. His successor will face resentment, suspicion and more than a little difficulty in assembling the stellar casts that Meyer could call in at the touch of a phone. Not unlike Donald J. Trump he may struggle to hire pedigree artists for his inaugural show. Today’s announcement is a bad decision by a weak politician.

« Vienna Opera chief: I was fired