Where’s Netrebko? Here she is…

We reported exclusively that Anna Netrebko has skipped her last Eugene Onegin in Paris to attend the inauguration of Valery Gergiev’s private concert hall on the outskirts of St Petersburg.

A Russian website, dp.ru, has a picture of Netrebko toasting her mentor at the opening. 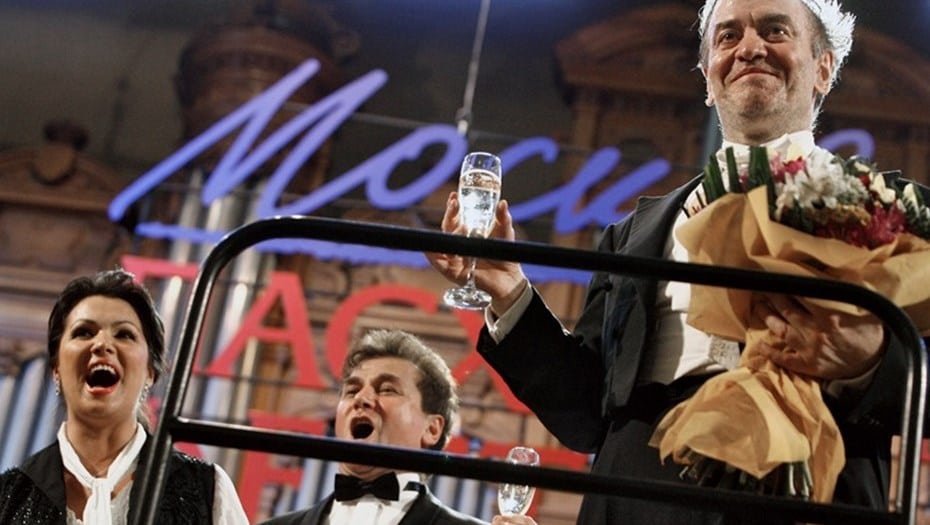 Among other celebrities in attendance were the former French president Nicolas Sarkozy, the former russian finance minister Alexei Kudrin (he’s chair of the Mariinsky board) and the conductor Mariss Jansons.