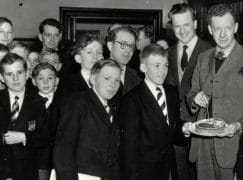 We have been sent video of a public rehearsal by the English conductor in Hamburg last year.

The work he performs is one of great personal significance, Benjamin Britten’s ‘A Time There Was’, a suite on English folk tunes that Britten wrote in the aftermath of his debilitating heart surgery in 1973.

Jeffrey introduces the work (at 4:30) with characteristic wit and warmth and a great deal of personal investment. Clearly, the Hamburg Symphony players loved every minute of their work with him.

Jeffrey wrote an article in German on How Britten Changed My Life and released this picture of himself (2nd right), aged ten, when the great composer came to visit his school orchestra. 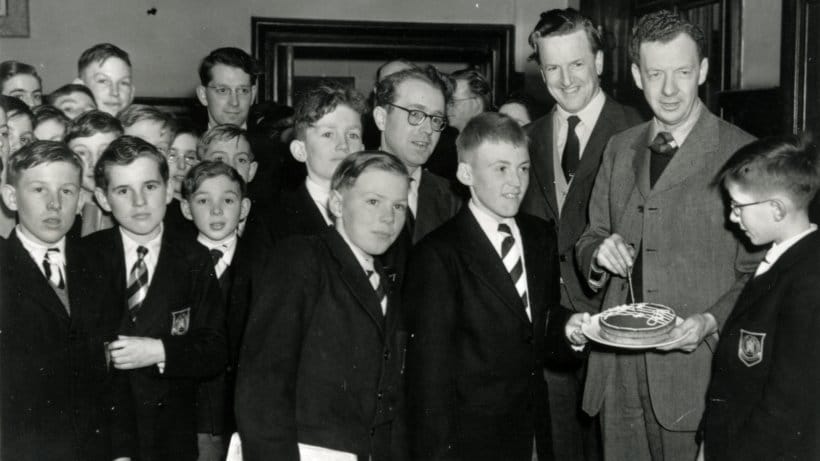