In a slightly macabre Czech ritual, the coffin containing the body of  Jiří Bělohlávek, who died last week of cancer, was displayed yesterday on the stage of the Rudolfinum concert hall, where thousands filed past to pay homage. 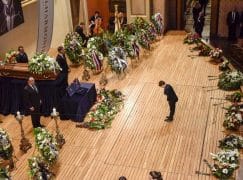 The funeral will be private. 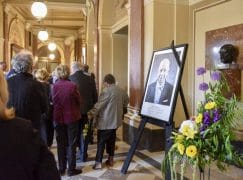