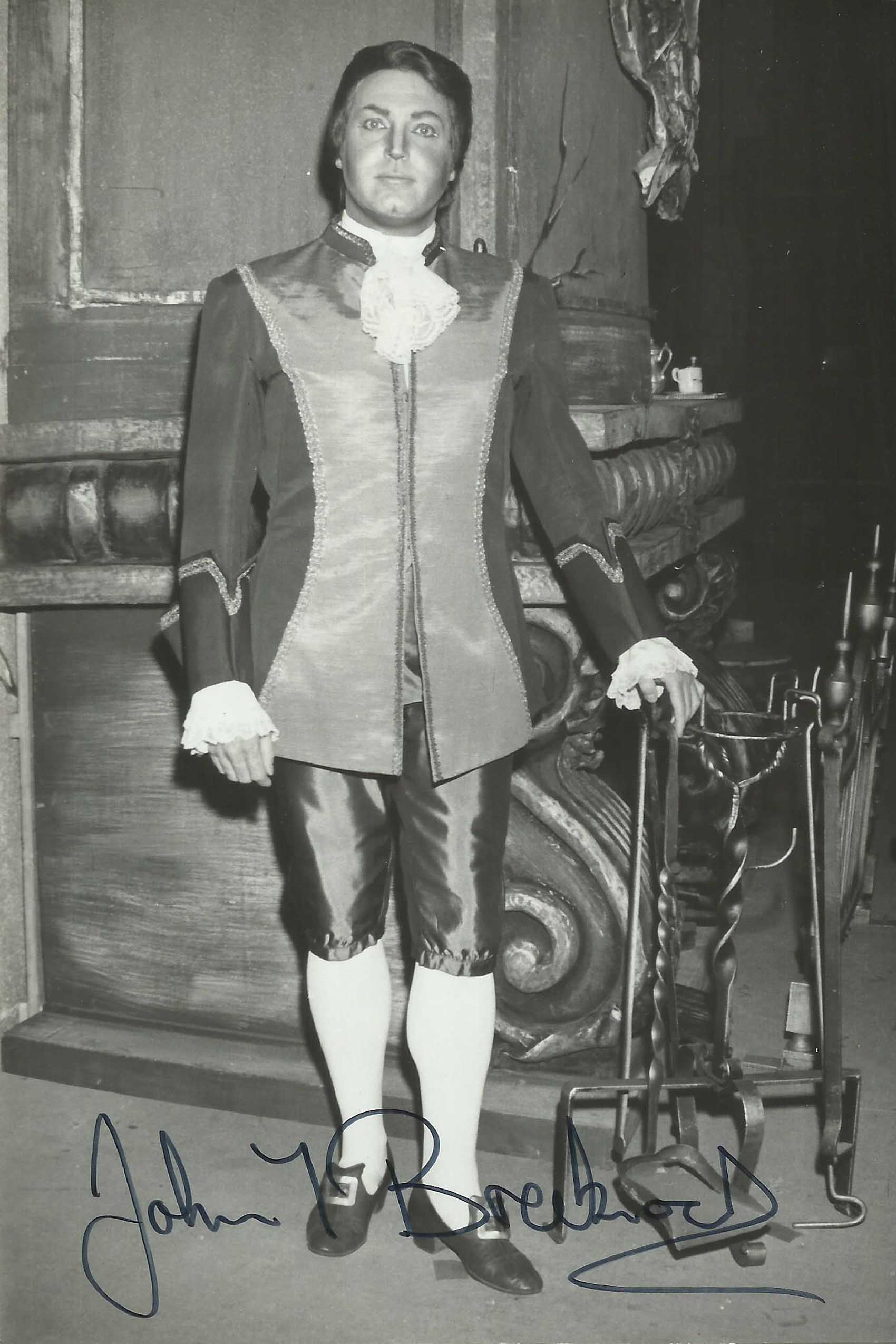 Death of an English tenor, 79

English National Opera have tweeted news of the death of John Brecknock, a company star in the 1970s and 1980s.

He sang opposite Valerie Masterton in La Traviata and Janet Baker in Werther. He also played a number of roles in the US, notably Dandini in La Cenerentola with Marilyn Horne at San Francisco Opera.

He retired with a heart condition in 1992 and moved with his wife to Spain.

His autobiography, Scaling the High C’s – The Musical Life of Tenor John L. Brecknock”, was published by Scarecrow Press in 1996.

John died on May 30, 2017 at his home in Benissa, Alicante. He is survived by his wife Lore and daughter, Kim.