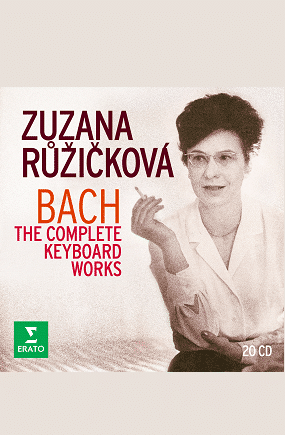 The autonomous, Paris-based classical division of Warner Music has been lumped into a new division, answering to a new boss in New York. These reorganisations seldom end happily.

6th June, 2017. Warner Music Group (WMG) has announced the creation of a new Arts Music division. This new repertoire centre will focus on signing, developing, and marketing artists and releases across a spectrum of genres, including classical, musical theatre, jazz, children’s music, film scores, and other fields generally outside the pop mainstream.

Well-respected industry executive Kevin Gore – whose extensive experience includes serving as President & CEO of WMG’s Rhino Entertainment/Global Catalog Division as well as President of Universal Classics US – has been appointed President of the Arts Music division. In his new post, Gore will be based in New York and report to Eliah Seton, President of ADA Worldwide, WMG’s independent distribution and services arm.

As part of the creation of the Arts Music division, WMG has entered into a joint venture with Sh-K-Boom/Ghostlight Records, the multi-Grammy Award winning theatrical music company founded by Kurt Deutsch in 2000. Deutsch, who will continue to serve as President of Sh-K-Boom/Ghostlight, is based in New York and will report to Kevin Gore. Deutsch was also recently appointed Senior Vice President, Theatrical & Catalog Development for Warner/Chappell Music (WCM), the music publishing arm of WMG. In the latter capacity, he reports to WCM Chairman & CEO Jon Platt.

Warner Classics, one of the world’s leading classical music companies, will now come under the Arts Music division umbrella. Warner Classics includes its namesake label, as well as the Erato label, along with artists and repertoire that came to WMG as part of the company’s acquisition of Parlophone Records, most notably the renowned EMI Classics catalogue. Under the new structure, Warner Classics & Erato President Alain Lanceronwill report to Gore and continue to be based in Paris.  One of the most admired executives in the classical world, Lanceron took the reins of Warner Classics & Erato in 2014. Since then, the company has earned a number of industry accolades, including being crowned 2016 Label of the Year at the prestigious Gramophone Awards in London.

Eliah Seton said: “By bringing together these diverse genres and labels under unified leadership, the Arts Music division will provide a dynamic, focused infrastructure devoted to nurturing outstanding artists and projects, encouraging creative cross-pollination, and strengthening our capacity for growth. I’m thrilled to welcome Kevin back to the WMG family. With his deep background at all three major music groups – from running WMG’s Rhino division to overseeing classical and musical theatre at Universal to working with jazz at Sony – he comes to our Arts Music division with unmatched hands-on experience and wide-ranging accomplishments. I’m very pleased to continue to work closely with my friend, the legendary Alain Lanceron, and delighted to welcome Kurt Deutsch who will be a fantastic asset as we expand our presence in the musical theatre world.”

United is ‘looking into’ physical assault on violinist »