United is ‘looking into’ physical assault on violinist

United Airlines says it is ‘reviewing an incident‘ in Houston where a supervisor tried to wrestle a violin from the hands of passenger, Yennifer Correia.

The assault, reported yesterday on Slipped Disc, has provoked widespread outrage against an airline that could hardly be doing worse at the moment in lack of customer care (see below). 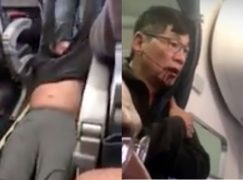