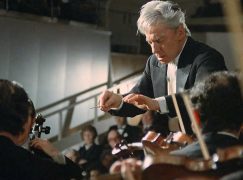 Peter Riegelbauer, manager of the Karajan Academy and double bassist with the Berliner Philharmoniker, explained: “The change of name is a tribute to the contribution of Herbert von Karajan, with whom the long success story of the Academy is inextricably linked.”

Karajan founded the Academy, the first institution of its kind in Germany, in 1972, out of concern about the next generation of musicians for the Berliner Philharmoniker. Peter Riegelbauer added: “The Karajan Academy is an unmistakable cultural brand. The clear reference to its founder is an important step towards the perpetuation of the Academy’s outstanding performance record in the future.”

« One competition dies, another is born