A US conductor accuses British orchestras of ‘genteel antisemitism’

In the turbulent history of the Royal Liverpool Philharmonic Orchestra, the five-year tenure of Gerard Schwarz as music director from 2002 to 2006 does not stand out among the more memorable.

Schwarz himself, in an approved biography to be published by Amadeus Press, admits that he was forced out. ‘I can’t say that my departure was my choice,’ he says. He goes on to blame the musicians for their resistance to ‘the American music director model’ and the management for not giving him enough support.

He then quotes, by way of background explanation, an August 2004 article by John Rockwell in the New York Times, linking Schwarz’s departure from Liverpool and Leonard Slatkin’s from the BBC Symphony to an unnamed London music critic ‘who spoke speculatively of a certain residual genteel anti-semitism in Britain.’

This is nonsense – lazy, offensive and dangerous nonsense. It is also easy to disprove.

I visit the Liverpool orchestra once a year and have never sniffed any whiff of Jew-hatred among them, then or now. Schwarz was the wrong choice for an orchestra that was going through a difficult transition. His successor, Vasily Petrenko, achieved an instant turnaround and an international revival by getting the music right.

As for other UK orchestras, if they were riddled with anti-semitsm or anti-American, how does Schwarz explain the long tenures of Andre Previn and Michael Tilson Thomas as principal conductors of the LSO? Let alone Otto Klemperer at the Philharmonia, Georg Solti at the Royal Opera, Rudolf Barshai in Bournemouth and others far too numerous to mention.

Rockwell admitted that his theory is both speculative and anonymous, yet Schwarz does not hesitate to cite it as a likely cause for his premature departure from Britain.

This, to my mind, is disgraceful conduct.

Let’s be clear: there is antisemitism in Britain.

It is not at all genteel and it is on the rise. The number of reported hate incidents, 1,309, was higher last year than ever before. Anti-semitism is a complex, disturbing phenomenon that crosses many parts of British society and most political parties. It is not, however, embedded in the ranks of the Royal Liverpool Philharmonic, or in the mindset of any other British orchestra at this time. 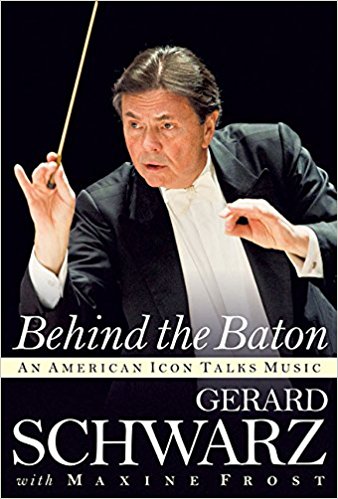