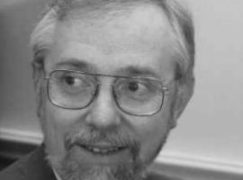 Two people were getting out of a taxi near the Intercontinental Hotel at one in the morning on Sunday when a second taxi drove into them.

One man was killed on the spot, a second person was fatally injured.

The first casualty has been unofficially identified as Gordon Murray, 68, a Canadian professor of harpsichord at Vienna’s university of music and performing arts.

The second fatality was their guest, Alice Rutherford,  a visitor from Britain, aged 89. She died later in hospital.

Gordon Murray, a student of Marie-Claire Alain, worked with Nikolaus Harnoncourt and other early music leaders while developing his academic career. He made recordings of Bach, Scarlatti and Schütz.

« Report: The Met’s Traviata is making as much money as La La Land