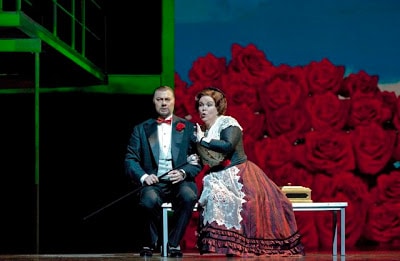 Important ruling: Singer is cleared to sue the Met for injuries

It has taken five years, but a mezzo who suffered permanent injuries from a fall on the Metropolitan Opera stage has received court clearance to sue for damages. The Met contested her claim, arguing she was an employee in the pursuit of normal duties.

Here’s a summary of a precedential ruling:

A New York appellate court has agreed with Wendy White, prominent opera singer at the Metropolitan Opera House at Lincoln Center (“the Met”), that White is not an employee and, therefore, may maintain a civil action in negligence against the Met for injuries she sustained in a fall from an elevated platform while she performed in the role of Marthe in the Met’s production of the opera Faust [see White v. Metropolitan Opera Assn., Inc., 2017 N.Y. App. Div. LEXIS 90 (Jan. 5, 2017)]. The Met contended that White, who had been featured in more than 500 performances at the Met over the course of 23 years, was its employee and that her exclusive remedy was to seek workers’ compensation benefits pursuant to the N.Y. Work. Comp. Law.