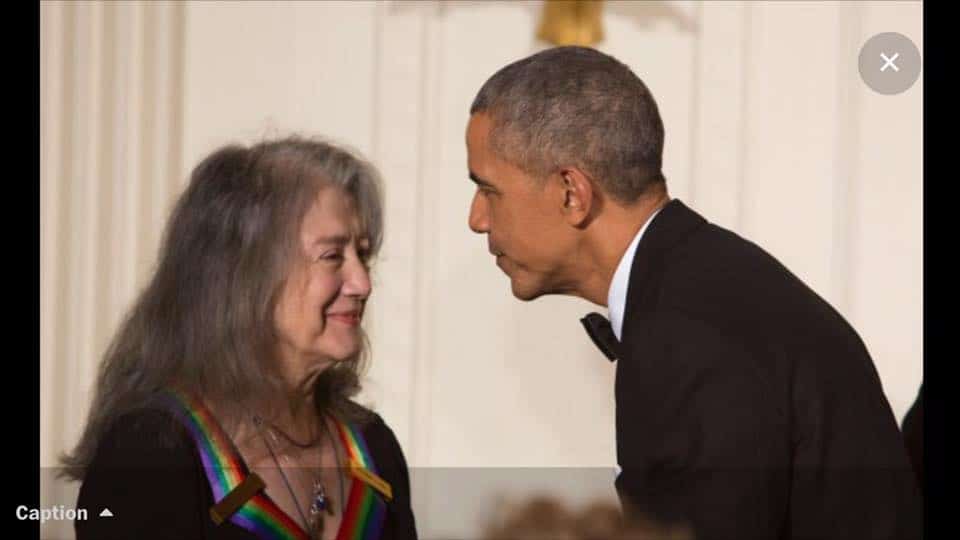 ‘Without a pre-school rivalry we might not have been honoring Martha Argerich,’ quips the President.

We have been asked to clarify that the Kennedy Center Honors are bestowed by the Kennedy Center’s Chairman, David Rubenstein. The President and First Lady host a reception at the White House for the honorees; this took place yesterday before the tribute performances for all 5 honorees at the Center.