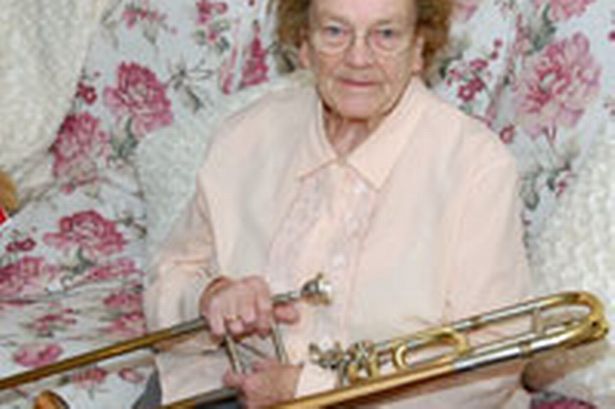 We have been informed of the death last weekend, aged 92, of Maisie Ringham Wiggins, principal trombone of the Halle Orchestra from 1946 to 1956, an era when women were seldom seen in brass sections, let alone on trombone,

After leaving Barbirolli’s orchestra to raise a family, she continued playing and teaching into her 90s, receiving the MBE from the Queen for her services to music.

Here’s a tribute from Dudley Bright, principal trombone of the LSO.