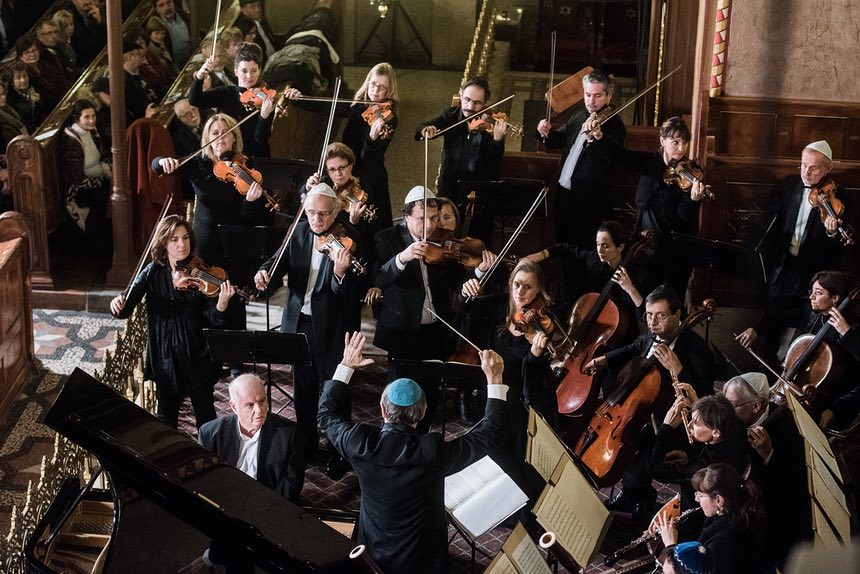 Ivan Fischer and Daniel Barenboim set out to save empty synagogues

From a beautiful report from Budapest by Fiona Maddocks, in the Observer this weekend:

…Out in the villages and small towns of Hungary the story is much starker. Jewish communities were all but wiped out in the Auschwitz deportations of 1944 (about 500,000 of a population of 800,000). Two years ago, Fischer and the Budapest Festival Orchestra, which he founded (with the late Zoltán Kocsis) in 1983, decided to act. The plan was to play in all the places in Hungary where Jews no longer live but where a synagogue still stands, “bringing music and life to them and recalling the memory of the annihilated Jewish communities”. They have embarked on a tour of these often derelict buildings. One is now a table-tennis hall, another a furniture warehouse. A third has been ransacked, all the windows broken, birds flying in and out during the concert. In many cases the locals had never seen inside. The doors of one had not been unlocked since last closing, during the German occupation.

Last week’s concert in Budapest was a fundraiser for this project….

Just in: US countertenor cancels the Bolshoi »