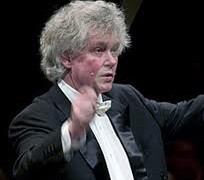 Thye death was reported today of Zoltan Kocsis, international pianist and music director of the National Philharmonic Orchestra in Budapest.

He had been suffering illness for some time.

They co-founded the Budapest Festival Orchestra in 1983 but parted ways when Kocsis demanded a greater role in conducting.

Kocsis became a favourite of the rightwing Orban government and was rewarded with a position at the head of the national orchestra in the national hall. In my conversations with him, he seemed indifferent to politics.

As a pianist, he was sensitive and passionate in equal measure. He recorded the complete piano music of Bartok for Philips, among many other recordings.

« Why Hartmann is the composer of the moment

Ivan Fischer on the death of a friend and rival »