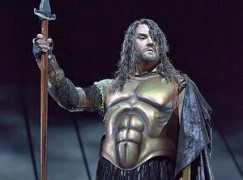 Arise, Sir Bryn…. and other honours

The baritone Bryn Terfel has been knighted and percussionist Evelyn Glennie made a Companion of Honour (CH) in the UK list of New Year’s Honours.

The conductor Jeffrey Tate also received a knighthood, as did Barry Ife, outgoing head of the Guildhall School.

The countertenor Iestyn Davies gets an MBE.

Elsewhere, the tenor Michael Schade has been made an Honorary Officer of the Order of Canada.

« Conductor is fired for telling the truth