The Metropolitan Opera is bringing out a box set of its first season as Lincoln Center – 1966/67, if you were around.

Some opera lovers may not think much has improved in 50 years. 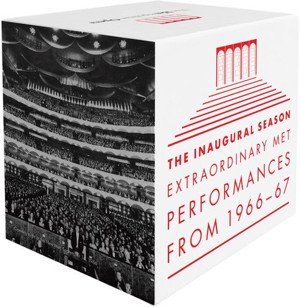