Berlin, Germany- Seventy-eight years after Kristallnacht, Berlin is bringing back the sounds of Jewish liturgy, which were silenced during the Holocaust, to Europe’s most important and prestigious concert hall. On November 2, 2016 at 8 p.m., the Berlin Philharmonic Hall hosted “Jewish New Years Concert” with cantors Netanel Hershtik and Avraham Kirshenbaum.

“This is the first time in the history of the Berlin Philharmonic Hall in which cantors will perform Jewish liturgy and this is a great message,” said Netanel Hershtik, cantor of the prestigious Hampton Synagogue in Westhampton Beach, New York. “The German people are expressing their remorse for the actions of their ancestors and it’s most appropriate to bring the music that was silenced and celebrate it in Europe’s most important musical venue.”

The concert featured Cantor Netanel Hershtik of New York and Cantor Avremi Kirshenboim of Jerusalem, who was accompanied by the Orchester Jakobsplatz München, conducted by Daniel Grossmann. 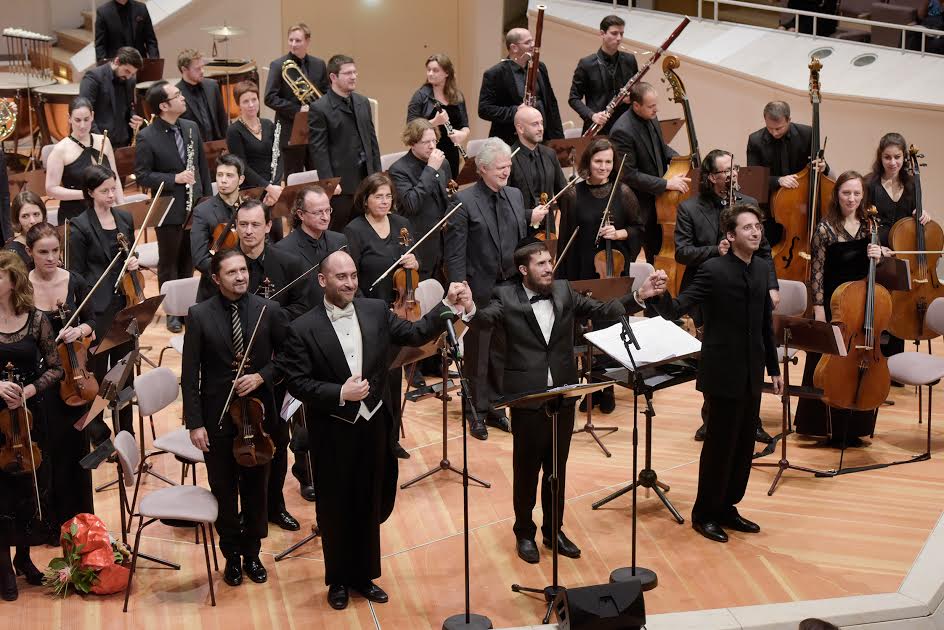 Note: The old Philharmonie hall was destroyed by British bombing in 1944. The new Philharmonie opened in 1963. No chazan sang in either since 1933.