Steve Reich: Music is an affirmative human action, the positive side of being alive

This an interview I conducted with Steve Reich for his 70th birthday, a decade ago. It contains several thoughts that are worth pondering today. Happy 80th, Steve. 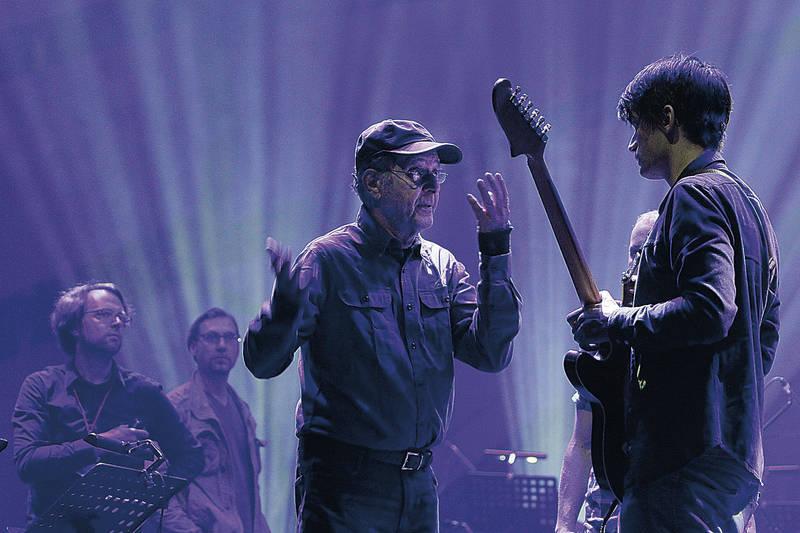 Steve Reich is preoccupied with contemporary torments. For the past year he has been writing a set of variations in memory of Daniel Pearl, the Wall Street Journal reporter who, in October 2002, was kidnapped and butchered in Pakistan while researching links between its intelligence services and al-Qaeda. Pearl was an enthusiastic violinist and his parents have created a foundation in his memory to promote inter-faith tolerance, and new music. Elton John, Ravi Shankar and Barbra Streisand are among its patrons. Steve Reich was enlisted to add his particular gloss of wisdom and consolation.

‘I thought automatically of the Book of Daniel,’ he says, ‘of exile and cruelty, and mercy and compassion. And then I saw the terrible video put out by his captors, where his opening words are “my name is Daniel Pearl”. Such a magical name.’

The Daniel Variations, interleaving the words of the two Daniels ancient and recent, will be premiered at London’s Barbican Centre during Steve Reich’s 70th birthday festival in October, itself a homage to a man who changed music forever four decades ago and continues to fret about its place and role in our troubled world.

He is talking to me from his new place in upstate New York, having sold his downtown apartment with its nagging view of the 9/11 craters. ‘We’re living in a dangerous world,’ sighs Steve Reich. ‘What can music do about that? Music just goes ahead. It’s an affirmative human action, the positive side of being alive.’

Reich’s affirmation began 40 years ago this summer when, finding his music derided for its apparent simplicity by conventional musicians, he formed his own ensemble and pitched straight at the public ear. ‘I knew what I was doing,’ says Reich. ‘All I needed was a few people who could hear what I had in my mind.’

At the time, composers who wanted to be taken seriously wrote serial atonalities in the manner of Pierre Boulez, Karlheinz Stockhausen and Luciano Berio. Reich, who had studied with Berio in California, dismissed these complexities as intrinsically Eurocentric — a solution to problems he did not recognise or share. He found the lush romanticism of Mahler and Strauss equally alien to the busy, make-it rhythms of American city life. Music, to Reich, began with the beat. His impulse to write it began at 14 when a friend played him records of Bach’s fifth Brandenburg Concerto and Stravinsky’s Rite of Spring. Soon after, he heard bebop — Charlie Parker on sax and Kenny Clarke on drums. ‘Basically, I went into that room and never left it,’ says Reich.

By the mid-sixties, he was at the cutting edge of a counter-culture — literally cutting up tapes he had made of speech phrases and stitching them into hypnotically rhythmic loops that played in and out of phase with one another. The patterning captivated the psychedelic types that hung around downtown art galleries. He tried it out in live performance on two concert pianos, in Piano Phrase. At 30, Steve Reich had invented a form of minimalism that would alter the course of music history

‘Serialism is dead!’ he now exults, ahead of the 70th birthday accolades. John Adams and Michael Nyman have named Reich as their leading influence. Arvo Part is a soulmate. Ever Berio got to like his music before he died. More than any living composer, Steve Reich transformed the image of contemporary classical music from painfully abstruse to potentially cool. Vinyl remixes of his early works can be heard at many dance clubs (there’s a new set out next month from Warner).

‘There was a historical break in what I did,’ he reflects, without braggardry. ‘What happened was a similar kind of house cleaning to what Johann Sebastian Bach did 300 years ago, going back to basics. I didn’t envisage this when I was starting out. I just had my nose to the grindstone and plugged away.’

Playing mostly in galleries, he earned his keep early on driving a house-moving van in lower Manhattan with a young admirer called Philip Glass. After a few joint concerts, the pair fell out and have not spoken since. While Glass turned to opera, Reich worked on instrumental colours and rhythms, taking a research trip to Ghana and studying Balinese gamelan in Seattle. In the mid-70s, his Music for 18 Instruments sold 100,000 records and played on late-night rock stations between Dylan and the Stones.

It was around this time that Reich met his second wife, Beryl Korot, and experienced a spiritual awakening. ‘I began to think I’m not African, nor Balinese. I’m a Jew.’ He studied Torah with Rabbi Ephraim Buchwald at Lincoln Square synagogue and became a fully practising Orthodox Jew, eating vegetarian kosher food, avoiding Friday night performances, unplugging the phone at sundown on Friday. ‘The effect was extremely positive in a personal sense,’ he says. It was not without external risk, though, for while music has accommodated all manner of mystics, it had never before embraced a composer who placed his demanding faith ahead of career opportunities.

Reich went to Jerusalem to record Yemenite cantillations for singing the Torah and returned with the luminous Tehillim (Psalms) for chorus and ensemble, richly melodic and unmistakably individual. ‘People said I was writing Jewish music,’ he complains. ‘I said I was writing Reich.’

He returned to Israel with Beryl Korot to create The Cave, a work for live musicians with six-screen video projection that explores the common ancestry and beliefs that are shared by Jews and Moslems. ‘I’m not a person who deludes himself into thinking that artists can change the world,’ says Reich with a touch of world-weariness. ‘I don’t think The Cave will solve the Mideast any more than Picasso stopped the Blitz with Guernica.’ But he cannot shut his eyes to the ideas and outrages of our time. A further video trilogy reflects on Hiroshima, the Hindenburg airship disaster and the ethical implications of cloning Dolly the Sheep.

Some critics have acclaimed these collaborations as a template for the operatic future, ignoring the inimitability of Reich’s method in combining recorded materials, philosophical teachings, original sound and political engagement. His is a self-made revolution achieved largely with his own hands, his own band — at one point actually barring other musicians from playing his works. Magnetic though it is, Reich’s music lacks the peacock strut of star interpreters or the gymnastic virtuosity that wins cheap ovations. Quiet, intense, unfailingly well-made, it comes without added colourings and chemicals, the organic alternative to industrial art.

At its most self-involved, Reich’s music can play on and on until you are no longer aware of hearing music at all and are listening instead to the drumming inside your head. At his most communicative, on the other hand, Reich compels attention on several levels at once. No-one else could have twinned the misery of a shuttled boyhood in a broken American home to the backdrop of European Holocaust, as Reich does in Different Trains, creating not just a masterpiece for string quartet (with amplified tape), but a way for Haydn’s invention to find a relevance to modern lives.

Nothing in Reich is mono-linear. He thinks in historical parallels, is intrigued by paradoxes, appalled by present atrocities. ‘Who would have guessed we’d face a medieval religious conflict in the 21st century?’ he demands. And which other composer, I wonder, is working on a musical subtext for our deepening confusions?