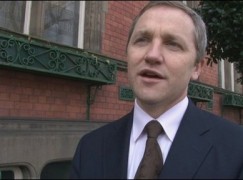 BBC names Blairite as head of radio and music

In one of the BBC’s more dubious recent appointments, apparatchik James Purnell has been named director of radio, with responsibility for the corporation’s orchestras and education departments.

Purnell, a Labour Islington councillor who joined Blair at Downing Street in 1997, was promoted to the Cabinet as Culture Secretary in 2007 and to Work and Pensions Secretary a year later. He resigned under Gordon Brown.

Neither man has experience of making programmes.

In order to compensate for Purnell’s shortcomings, ‘The BBC is to look to appoint an experienced radio executive under Purnell to run the operation day-to-day to make up for his lack of hands-on experience.’

So that another £250k job created.

The BBC’s D-G Tony Hall said recently ‘I’ve talked a lot about a BBC that’s more digital, more open and more global than ever.’ This appointment is a direct contravention of his policy. It is even more questionable in the current political environment where the Blair era is discredited by all major parties.

Purnell will be a key player in charter negotiations with a Government that regards him as a loser. He will also have the ultimate say on the survival of BBC orchestras.

His chief merit is having the ear and confidence of Tony Hall.

The Guardian now tips Purnell to be Hall’s successor. It’s a bleak day for the BBC.