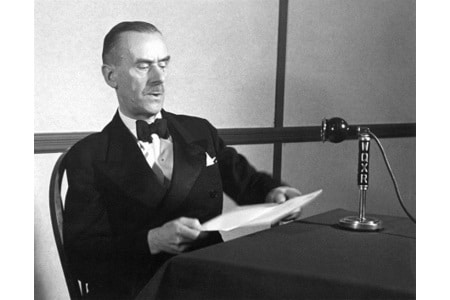 A petition has been opened in Germany, appealing to Chancellor Angela Merkel to find ways and means to stop the planned demolition of the house where Mann lived in exile during and after the Second World War.

It’s not quite clear how Mrs Merkel is supposed to intervene in the commercial affairs of a foreign country, but one of the petitioners quotes Mann as saying ‘Wo ich bin, ist Deutschland – Germany is where I am’ – so maybe she can claim it as historic German territory.

Others point out that a Berlin architect, Julian Ralph Davidson, designed the villa.