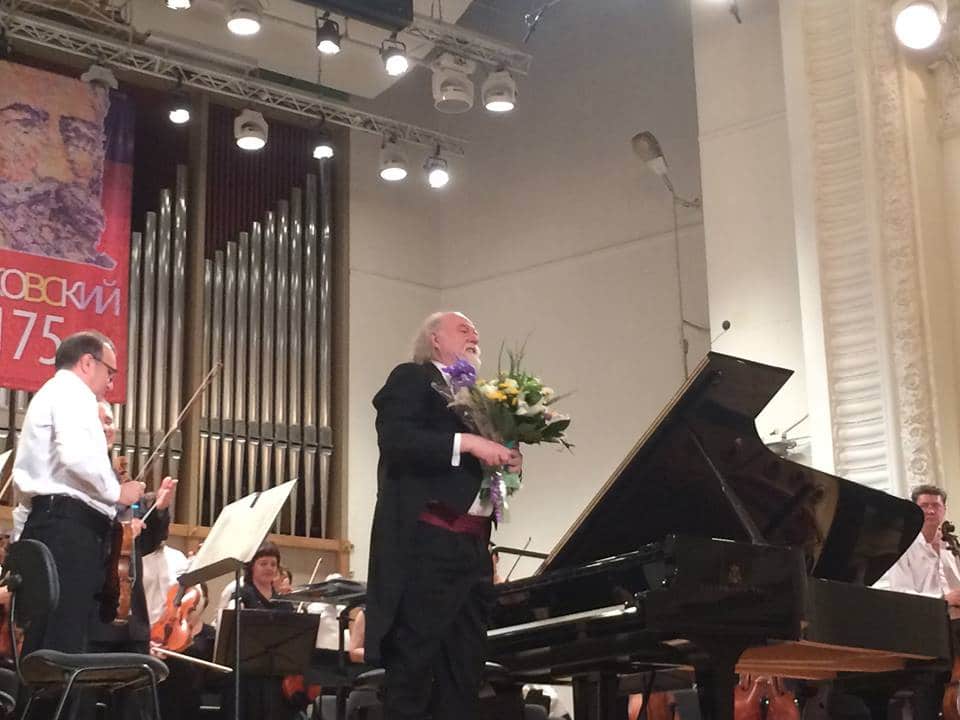 What, exactly, are the new rules on silence in concerts?

The pianist Peter Donohoe has been disturbed, on more than one occasion, by people sitting in the front row.

A few days ago he wondered: ‘Why are those who least want to go to a concert & least capable of decent behaviour so often in the front row nearest the soloist?’

Now he shares an even more perplexing incident that occurred late last year. It raises several issues, not least whether the guidance is clear enough as to what you can, and cannot do, in a serious concert.

It was a concert devoted to the works of Sir Malcolm Arnold, to celebrate what would have been the composer’s 95th birthday, and took place in Northampton (the composer’s birthplace). I played his Fantasia on a Theme of John Field with the BBC Concert Orchestra conducted by Martin Yates. Arnold’s Philharmonic Concerto and Seventh Symphony were also in the program.

A family of four (parents and two children) were so noisy during both the Philharmonic Concerto which opened the concert and the Fantasy on a Theme of John Field (for piano and orchestra) that I insisted on a complete repeat of the performance of the latter after the concert had finished – for which a very large percentage of the audience very kindly stayed. I would have done everything in my power to prevent the Radio Three broadcast on [the following] Tuesday had we not done this repeat performance; the disruption was greater than any I have ever experienced, even though to all intents and purposes the actual playing went very well. The repeat will of course have run up a very large overtime bill for the orchestra – whose members could not have been more cooperative, and who played both performances brilliantly.

Whilst I was offstage in the interval negotiating the repeat performance, unbeknownst to me, but witnessed by my wife and several friends, a gentleman in the audience shouted very loudly to the family concerned – right across the hall – that he hoped they were going to show the rest of audience and performers a lot more courtesy and consideration during the second half than they had during the first (or words to that effect). This was greeted with an ovation of support from almost everyone in the hall.

The father of the family retorted that the BBC announcer had asked the audience to talk normally during the concert – this was a misunderstanding of the announcer’s rather strange and somewhat unnecessary mention that the audience should feel able to talk normally and not be inhibited by the BBC’s microphones, so that lonely listeners at home would know that there is a world ‘out there’. [I must say that I have never before experienced an audience being beseeched to make MORE noise; nevertheless, I can only assume and hope that he meant his request to apply only to the moments between pieces rather than during the performances; having said that, he was talking to the audience during all the intervals between pieces, so I am actually at a loss to explain it. I would also feel somewhat patronised if I were listening on the radio, but then that bit would probably have not been broadcast.

I gather that the resulting tension between the family concerned and the rest of the – extremely good and attentive – audience was verging on the violent. Some of those colleagues and friends who witnessed the atmosphere at the start of the interval were half-expecting a ‘Sacre du Printemps premier-style’ riot. Fortunately it did not get that far, but it was very serious.

Apart from the specific issues of the evening, it does raise the point that it is very difficult to know where to draw the line whilst onstage – to make a decision to stop the performance, and risk upsetting large numbers of the audience, or to carry on and regret not stopping as we did. It also begs the question – what were the hall staff doing whilst this was going on? As the two works in the first half of the program added up to around forty-seven minutes, surely someone in authority at the hall had enough time to deal with it. The BBC production team were presumably too busy with monitoring the recording – or perhaps did not hear how disruptive the noise was in the hall (as it was an OB, the team was in the BBC truck outside) – to do anything.

[It was suggested that one of the two children was autistic. I do not know whether this was true or not. If not, the family should simply not have been there in the first place because none of them knew how to behave in a concert, failed to take their cue from the rest of the audience, and should have been ejected from the hall at the first opportunity. If the child was indeed autistic, it opens up a very sensitive issue, to which I do not pretend to know the answer, except to say that, if that is ever the case, the performers need to know beforehand, so that they can continue to perform without anger.] However, it seems that it was the BBC announcement – that several hundred people understood was best ignored, but one family of four saw as a green light to behave as if they were at the Pantomime – that was partly responsible. And it was the father, not the child, who came back with a very aggressive defensive response that nearly caused a riot.

Anyway, the second performance was listened to extremely attentively by a splendid and understanding audience, to whom I am very grateful. That was the one that was broadcast on BBC Radio Three.