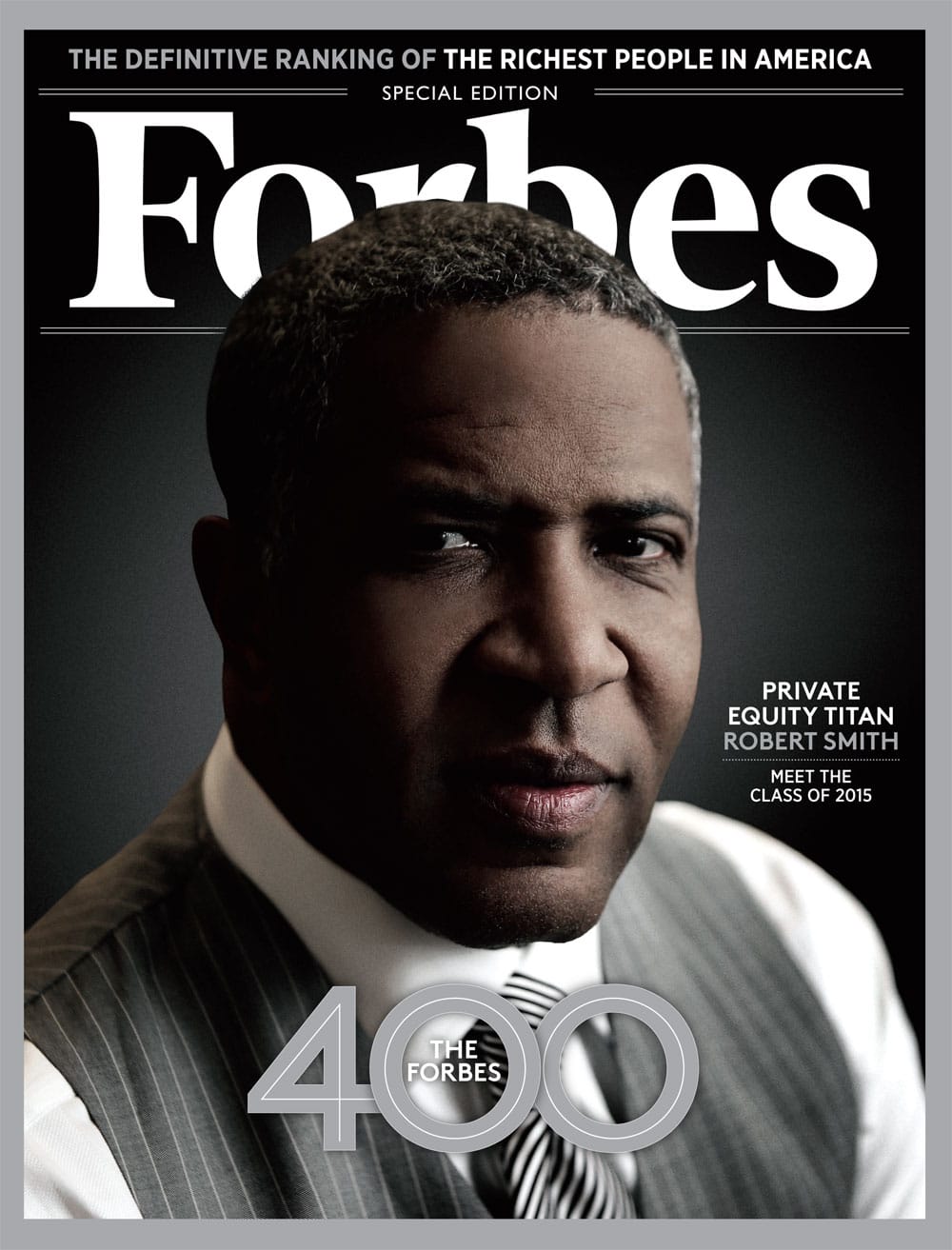 On a bad day to announce good news, with the Times filled with Yannick’s appointment at the Met, Carnegie Hall quietly let out a press release that it had found a new chairman.

He’s Robert F. Smith, an ex-Goldman hedge fund billionaire, and he’s the first African-American ever to hold a senior post in the New York music establishment.

Carnegie’s board was rocked eight months ago when its incoming chairman, Ronald Perelman, quit after failing to sack the chief executive, Clive Gillinson. There has been a nervous interim while a new chair was sought. Robert Smith, who joined the board just two years ago, appears to fit the bill in every way.

He’s the founder, chairman and chief executive of Vista Equity Partners, which has $25 billion in assets under management.

He plays piano. He’s not decrepit – only 53 – and he has a son called Hendrix, named for Jimi.

According to Forbes, he’s the wealthiest African-American in the country.

He recently gave Carnegie a million dollars, but that will be just the downpayment on future gifts.

NEW YORK, NY—Carnegie Hall today announced that Robert F. Smith has been elected as Chairman of Carnegie Hall’s Board of Trustees. Mr. Smith—a trustee since 2013—succeeds Carnegie Hall’s Acting Chairman Mercedes T. Bass. A longtime trustee, Mrs. Bass will continue to serve in a leadership role, resuming her position as a Vice Chair. Both Mr. Smith and Mrs. Bass will assume these posts effective immediately. Mr. Smith was elected today at a meeting of the Hall’s trustees.

Robert F. Smith said, “I am humbled and honored to serve as Carnegie Hall’s next Chairman, working with the board, staff, and entire Carnegie Hall community to advance this iconic institution. Carnegie Hall is perfectly placed to champion not only artistic excellence, but also access and exposure to the best music in the world. During my time on the board, I have enjoyed working with Clive Gillinson on this mission and look forward to building on the Hall’s already considerable outreach efforts into communities to reach our next generation of music lovers and performers. I am excited to continue our partnership and to have this opportunity to work with so many who care about Carnegie Hall, building on its extraordinary legacy to take it to even greater heights in the future.”

Mercedes T. Bass said, “It’s been an honor to serve as Acting Chairman over this past season as we have marked 125 extraordinary years of Carnegie Hall. Now, with the completion of our search, I am delighted to move into this new chapter of our history as we welcome Robert. Through our work together, I know him to be a thoughtful and inspiring leader, and someone with great ideas and a wonderful sense of humor. Robert is devoted to classical music and to securing a successful future for Carnegie Hall. I look forward to working with him as our new Chairman.”

Sanford I. Weill, Carnegie Hall’s President, said, “I join all our trustees in congratulating Robert Smith on his new role as Carnegie Hall’s Chairman. Robert is a dedicated trustee, a highly respected business leader, and a visionary in the technology world. He recognizes that music education is important to the intellectual development of young people and that we must play a role in returning music to our schools. His own example and strong belief in education has inspired a legion of students to study engineering to equip themselves with the skills that will be in demand in the future. It’s exciting to pass the torch to the next generation of leadership. On behalf of everyone at Carnegie Hall, I especially also want to express our deep gratitude to Mercedes Bass for her hard work and excellent leadership over the last season. As always, we admire and appreciate her unwavering dedication to the Hall.”

Joshua Nash, chair of Carnegie Hall’s succession committee said, “Our committee members have spent considerable time in recent months consulting our trustees as part of this process. We were delighted to unanimously recommend that Robert F. Smith be appointed as our next Chairman and we are very pleased that our fellow trustees agreed.”

Clive Gillinson, Carnegie Hall’s Executive and Artistic Director, said, “I’m thrilled that Robert has agreed to become Carnegie Hall’s new Chairman, and I personally look forward to working closely with him to chart the future course for the Hall. I have greatly enjoyed our work together over his time on the board and have valued his passion for music and his global commitment to young artists through his rich and varied philanthropic efforts with the Menuhin Competition and the Sphinx Organization among others. Robert’s appreciation for connecting underserved communities to the arts combined with his keen understanding of the transformational power of digital technology will bring capabilities that will be very important to us as we continue to evolve Carnegie Hall’s unique leadership role in the world of the twenty-first century.”

At Carnegie Hall, a recent major leadership gift from the Fund II Foundation, founded and led by Mr. Smith, supports the national expansion of Link Up, a music education curriculum for students in grades 3–5 developed by the Hall’s Weill Music Institute, which is now offered for free to over 90 orchestras nationally and in select international locations, and expected to reach five million students over the next ten years. It has also created PlayUSA, a new WMI initiative that works with orchestras and partner organizations to put musical instruments into the hands of low-income and underserved students across the country while also providing access to music instruction. Mr. Smith is a Founding Patron of the National Youth Orchestra of the United States of America, created by WMI in 2013, and a supporter of Ensemble ACJW, a program of Carnegie Hall, The Juilliard School, and the Weill Music Institute in partnership with the New York City Department of Education. In addition to his involvement with Carnegie Hall, Mr. Smith’s family foundation underwrote the Yehudi Menuhin International Violin Competition’s first visit to the United States in Austin, Texas and with The Cleveland Orchestra in 2014.

What Yannick says he’ll do next »