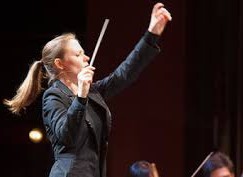 The fast-rising New Zealand baton has been named resident conductor at the St Louis Symphony Orchestra.

Her job will be to ‘assist music director David Robertson, cover concerts led by him and guest conductors, serve as music director of the St. Louis Symphony Youth Orchestra and lead education and family concerts, community concerts.’

Gemma, 29, is also music director of the Hamilton Philharmonic Orchestra in Canada. She has an agent at IMG. She’s yet another Dudamel Conducting Fellow from the Los Angeles Philharmonic to hit the big time. 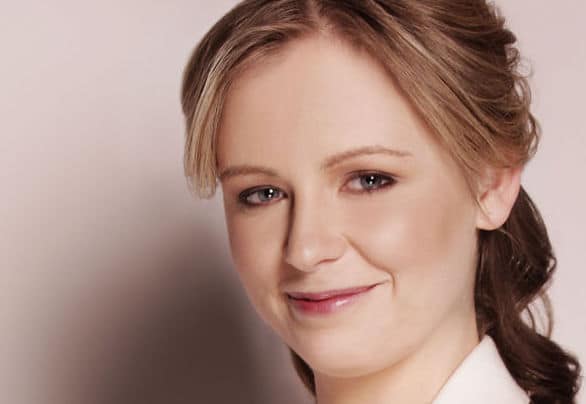 (ST. LOUIS) – The St. Louis Symphony is pleased to announce the appointment of Gemma New to the position of Resident Conductor, effective at the start of the 2016-2017 season.

Renowned for her insightful interpretations and thrilling performances, New Zealand-born conductor Gemma New currently serves as Music Director for the Hamilton Philharmonic Orchestra in Ontario, Canada, Associate Conductor for the New Jersey Symphony Orchestra through the end of this season, and Founder and Director of the Lunar Ensemble, a contemporary music collective in Baltimore, Maryland.

In her new role with the STL Symphony, she will serve as the St. Louis Symphony Youth Orchestra’s Music Director and also lead various concerts on the St. Louis Symphony’s schedule, including education and family concerts, community concerts and Live at Powell Hall performances. Other duties will include assisting Music Director David Robertson and guest conductors in rehearsals.

“I’m very happy that Gemma New will be joining us in St. Louis,” said Robertson. “She stood out as a musician of great insight when we worked together a few years ago at Carnegie Hall. From the first moment in our audition, New opened a clear line of deep communication with our musicians, who responded to her clarity and passion. Her dedication to music education will be a true gift to the organization and the St. Louis community.”

As one of two Dudamel Conducting Fellows with the Los Angeles Philharmonic during the 2014-2015 Season, New led nine LA Phil “Symphonies for Youth,” “Symphonies for Schools,” and community concerts and covered frequently for Music Director Gustavo Dudamel, Conductor Laureate Esa-Pekka Salonen and other guest conductors.

Passionate about music education, during her time as Associate Conductor of the New Jersey Symphony Orchestra, New has enjoyed working with the NJSO Academy Orchestra and New Jersey All State Orchestra. From 2007-09, New conducted the Christchurch (New Zealand) Youth Orchestra, which grew from 40 to 70 players under her leadership and performed upwards of nine concerts a year.