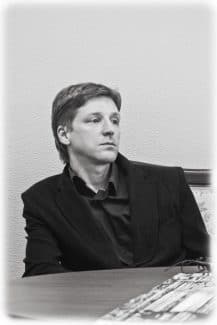 St Petersburg conductor is found dead at 44, a note beside him

There are conflicting reports as to the cause of death. A note said: ‘For my death I wish no-one to be blamed.’

He leaves a young daughter, whom he was raising as a lone parent. She was with his mother at the time.

A member of a well-known musical family, Luther studied with Ilya Musin, was an assistant to Valery Gergiev and founded a training orchestra for students.

He was artistic director of St.Petersburg’s Rachmaninov Society.

Cecilia gets caned for ‘too-late’ Maria »