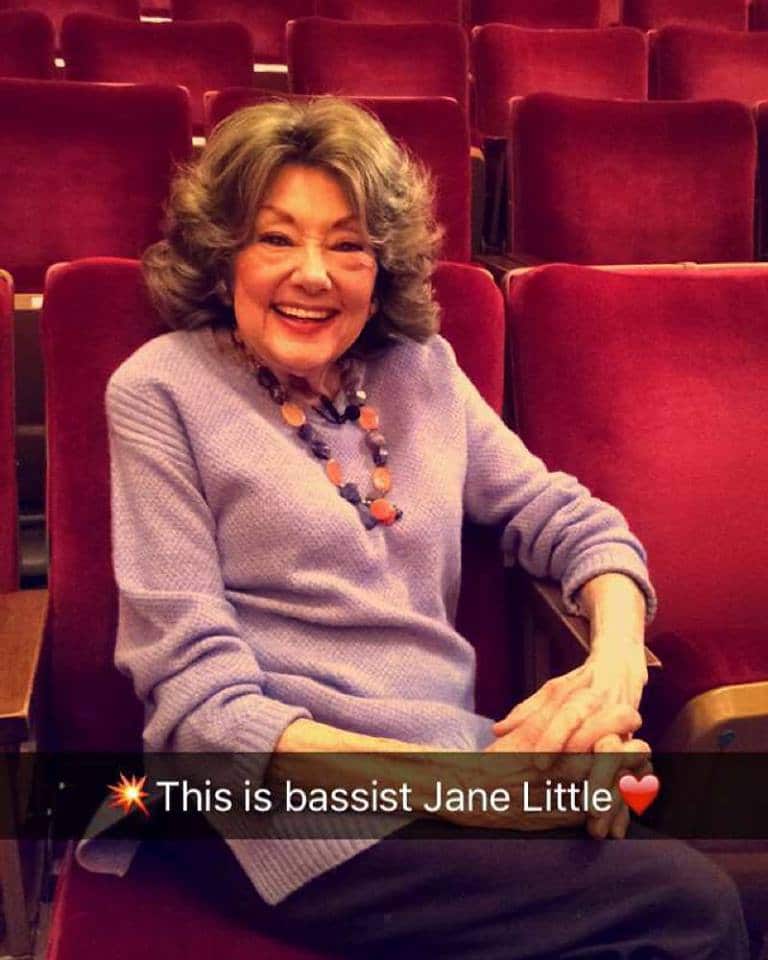 She was the beating heart of the Atlanta Symphony for 71 years, from when she was still at school.

Jane Little, whom Slipped Disc first named as the world’s longest-serving player, would turn up to play bass as a schoolgirl, before the orchestra was fully formed.

She was still playing in concert on Sunday.

A section colleague tells us: She collapsed onstage today during the encore to an afternoon pops concert, Broadway’s Golden Age. Fittingly, the encore during which she lost consciousness was the Berlin tune “There’s No Business Like Show Business” from Annie Get Your Gun.

Jane Little died later that day in Atlanta at the age of 87. She was adored by musicians and audience alike.

UPDATE from the ASO:

Little was Assistant Principal Bass Emeritus in the Atlanta Symphony Orchestra. She celebrated her 87th birthday on Feb. 2, 2016, and on Feb. 4, 2016, she performed with the Orchestra, marking 71 years to the day of her first concert held on Feb. 4, 1945, securing the Guinness World Record for longest professional tenure with a single orchestra. The Orchestra’s application for Jane Little’s record is under review pending final approval.

Little started her musical career in 1945 as a founding member of the original Atlanta Youth Symphony Orchestra, the forerunner of the Atlanta Symphony Orchestra. She joined after two years of studying bass in high school and has since played under all four of the Orchestra’s music directors, – Henry Sopkin, Robert Shaw, Yoel Levi and Robert Spano, as well as guest conductors including Igor Stravinsky, Aaron Copland, Pierre Monteux, Leopold Stokowski, Sir John Barbirolli and James Levine, among others.

St Petersburg conductor is found dead at 44, a note beside him »