The violinist Anne Akiko Meyers suffered a fall on Friday, hours before her concert with the National Symphony Orchestra at Washington’s Kennedy Center.

In considerable pain, she made her way to the concert hall and was brought onto the stage in a wheelchair. Standing, she played a concerto by Mason Bates, her disability unnoticed by reviewers.

Later, she said she was so caught up in the music that she didn’t feel the pain.

After the performance she had the foot x-rayed and was told it was broken. She will be in a plaster cast for the next 6-8 weeks, when she is recording and performing in London, New York, Monterey, Santa Barbara, and Syracuse.

Anne says: ‘Travel, recordings, and concerts will be a little more challenging over the next few weeks, but I am so grateful nothing happened to my hands and wrists’. 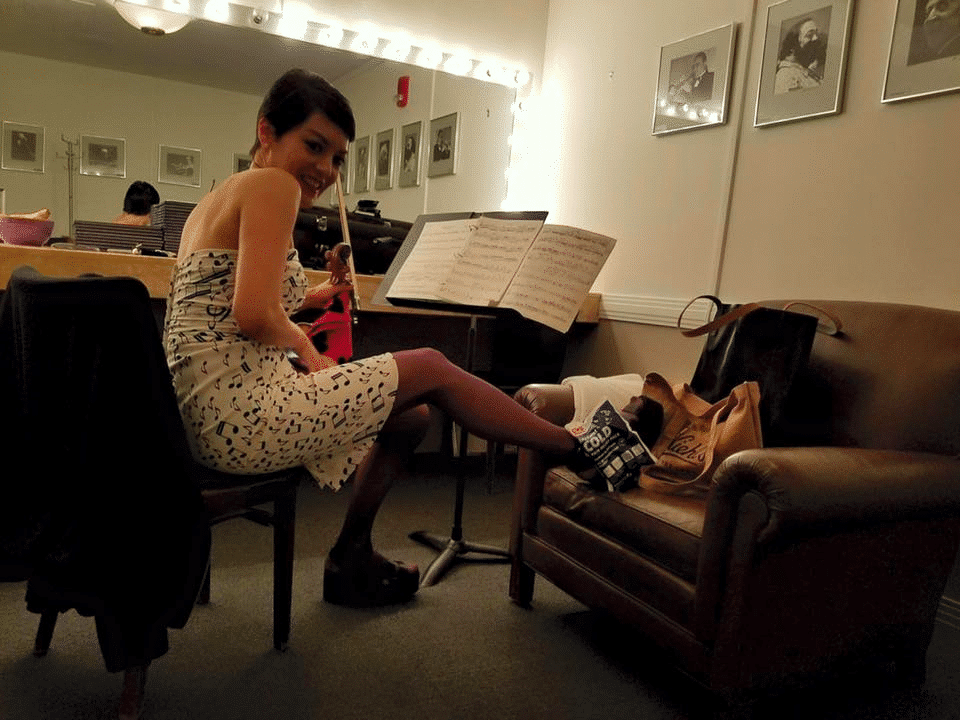 Anne icepacking her foot before the concert