Paul McCartney: George Martin taught me how strings are voiced for a quartet 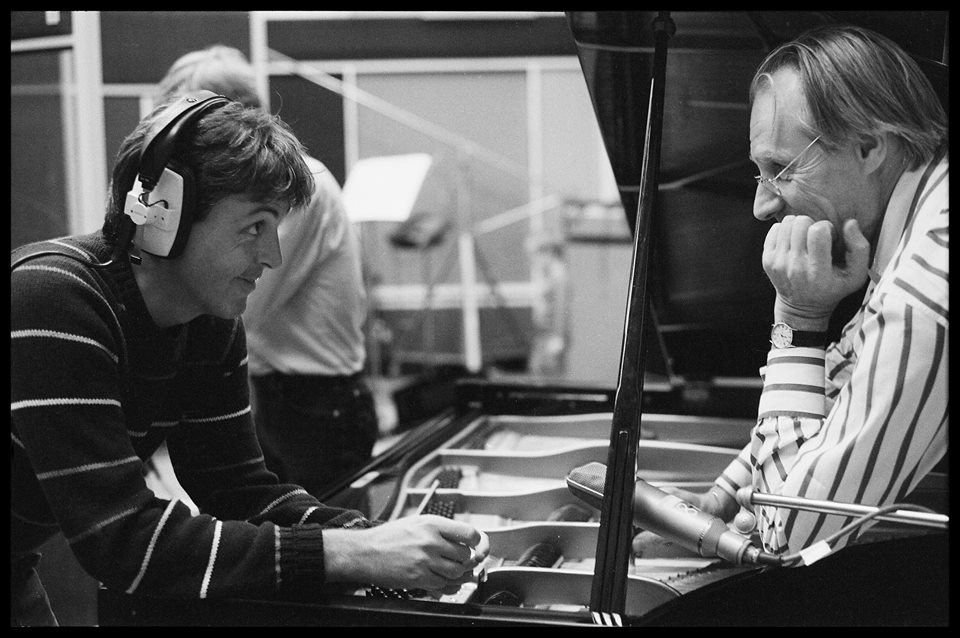 ‘It’s hard to choose favourite memories of my time with George, there are so many but one that comes to mind was the time I brought the song ‘Yesterday’ to a recording session and the guys in the band suggested that I sang it solo and accompany myself on guitar. After I had done this George Martin said to me, “Paul I have an idea of putting a string quartet on the record”. I said, “Oh no George, we are a rock and roll band and I don’t think it’s a good idea”. With the gentle bedside manner of a great producer he said to me, “Let us try it and if it doesn’t work we won’t use it and we’ll go with your solo version”. I agreed to this and went round to his house the next day to work on the arrangement.

‘He took my chords that I showed him and spread the notes out across the piano, putting the cello in the low octave and the first violin in a high octave and gave me my first lesson in how strings were voiced for a quartet. When we recorded the string quartet at Abbey Road, it was so thrilling to know his idea was so correct that I went round telling people about it for weeks. His idea obviously worked because the song subsequently became one of the most recorded songs ever with versions by Frank Sinatra, Elvis Presley, Ray Charles, Marvin Gaye and thousands more.’