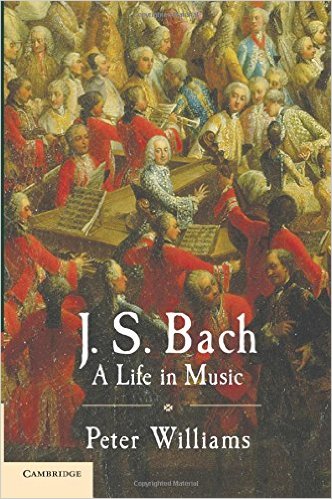 Death of an eminent Bach scholar

A friend of the family tells us that the distinguished Bach scholar, organist and harpsichordist Peter Williams passed away on Monday. Professor Williams was 78.

Educated at St. John’s College, Cambridge, he held the first chair in performance practice in the UK at the University of Edinburgh. He was Emeritus Arts and Sciences Professor of Music at Duke University, North Carolina.

Margaret Steinitz adds on the London Bach Society site: Always fascinated by every aspect and joining our frustrations that so little in the way of letters and documents have survived that give us deeper knowledge of Bach’s life and work, Williams became author-turned-detective, using segments of the Bach Obituary to delve deeper and in the process to offer further insight that moved away from the deferential and towards the more human. It was this that inspired Williams’ biography about the composer “The Life of Bach”published in 2004 expanded to “J S Bach: A Life in Music” published in 2007, these two volumes a culmination perhaps of his own life’s work from which many across the globe have benefitted.