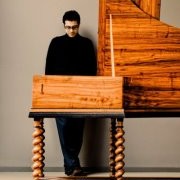 The international virtuoso Mahan Esfahani faced what may be the first recorded riot at a harpsichord recital yesterday when a conservative Cologne audience objected to him playing Steve Reich on a baroque intrument. 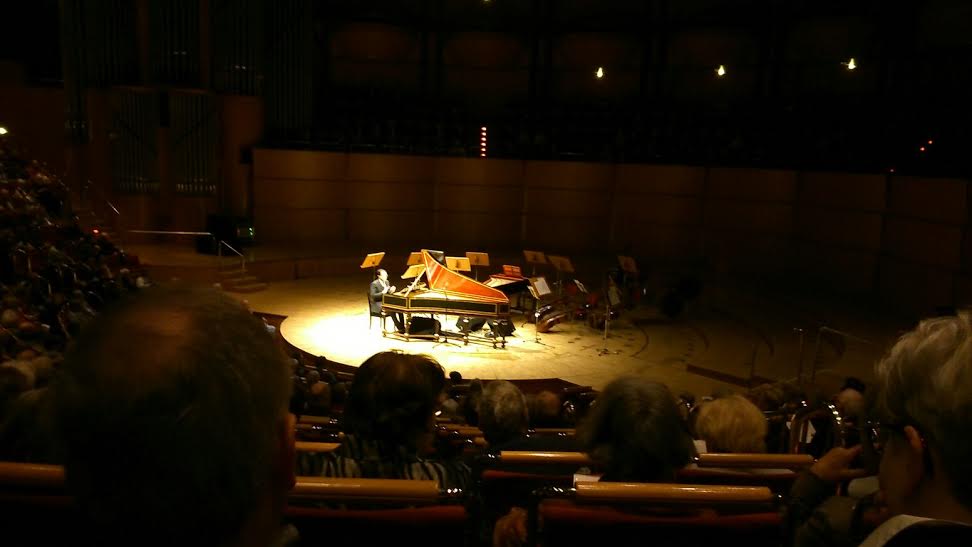 As we know, the life of a soloist is mostly a string of “concerts played and meals eaten” with the odd inside joke and run-in with the law (well, at least in my case). Yesterday’s experience started with the comic, transmuted into the tragic, and concluded on a sort of lovely note.

The concert was with Concerto Köln; we’ve recorded together in the past and decided to perform a couple of the things that we’ve done on disc as well as a concerto by Emanuel Bach and other stray bits and pieces. I was particularly excited to play on the hall’s own harpsichord built by the German maker Burkhard Zander – a really magnificent copy of the 1745 Dulcken that surely is one of the best on the Continent. In the second half, I played – or, rather, intended to play – Steve Reich’s ‘Piano Phase,’ which I perform in a version approved by the composer wherein I play ‘against’ myself, the latter being a pre-recorded track of the first keyboard part. I’ve performed this to acclaim to a variety of audiences and have found that for even the most hard-hearted opponents of modern music, it comes across as an accessible and even ‘fun’ piece. It’s not even all that modern – it’ll turn 50 years old next year!

I should perhaps emphasise here that I was participating in what is a sort of cultural institution in many German cities: the Sunday afternoon concert. This is the concert where typically older members of the educated middle class have their subscription tickets for years and go to hear the requisite amount of pleasant music in ‘their’ Philharmonie. I figured that we were more or less giving them that. And yet…

Within about three or four minutes of the piece, I started hearing clapping. Since I have to wear monitoring headphones during the piece, I couldn’t hear the public very well, but this became quite obvious to me as it was fairly loud enough. I figured that maybe they liked the piece, and I felt encouraged and continued. Another minute went by, and there were rather audible catcalls and hisses and even a bit of yelling here and there. I continued for about another three minutes until it became unbearable, with obvious different factions yelling each other down.

I stopped in the middle of the piece and took my headphones off; the hall at this point was more or less in pandemonium on a scale that I’ve never seen in a concert hall for classical music. I fortunately had a microphone on stage and decided that, well, it was time to use it.

“What are you afraid of?” – this was my first question. I’m not quite sure what took over me, but I was relatively calm as I reflected on the fact that in the country of my origin, concerts are cancelled or banned for minuscule reasons by adherents of a regime that holds deep-set suspicions about music or indeed any art that reflects anything other than mourning. In so many words, I told this to the audience.

The atmosphere was tense but totally fascinating to witness. Most of the people who walked out or catcalled tended to be older men who clearly felt some sort of anger about having to listen to this piece. They were being shouted down by younger people – mostly women, in fact. A few people were crying. Anyhow, there was a bit of back and forth, and I finally said: “we’re going to proceed with the concerto by C.P.E. Bach.”

At the end of the concert, the applause was pretty intense as it was gripping. Then – most unexpected of unexpected scenarios! – a man decided to run down the aisle and ask for the microphone (as it turns out, he wasn’t management, but rather a member of the audience). He gave a really wonderful response to the ‘protestors’ (if we can call them that). I can’t quite remember what he said, but he said how sorry he was for what happened – again, to endless rounds of applause. There was a funny few minutes of a sort of ‘open mic’ situation, with people calling out their sentiments about that afternoon’s events. The level of support, the number of people standing up – well, it was all terribly exhilarating. And pretty much for the rest of the evening I ran into people at bars and pubs who came up and told me how they felt about what happened. There was the invariable apology – but this is not necessary! They should be glad to live in a city wherein people participate so actively in culture.

I really hate to engage in a reductio ad ISISam, to coin a phrase, but I should like to reflect on something which bears consideration. There are people in the world who want to completely destroy culture. Culture! Can you believe this? Culture doesn’t hurt anyone. It doesn’t stab or kill or behead anyone. And yet, it disturbs them so much to the depths of their souls that they want to stamp it out. Now, I’m not saying that yesterday’s very naughty individuals have some sort of equivalency to that level of evil, but it would do them good to consider that music will die if we are not active participants in seeing music change and challenge us. In that sense, I’m not a performer and you are not listeners. We are all responsible for making sure that music is never in a state of inertia. There is no such thing as a static definition of ‘good’ or ‘authentic’ or ‘correct.’ The sort of people who talk about this as though it were heaven tend to be those who make hell on Earth.

Look, I’m used to opprobrium on a variety of levels, and over time I’ve had to develop a pretty thick exoskeleton. There’s of course the whole being-a-harpsichordist thing and the sort of idiocy that passes for discourse from that, especially from people who don’t realise that you can’t be against something if you don’t understand it. Fine. Then there are the various (involuntary) clashes with the harpsichord establishment and their ever-dwindling number of record buyers who resent anyone who tries to even speak to the mainstream. There’s been the odd critic with a vendetta. This is all fine, and as Hyman Roth quipped, “this is the life we’ve chosen.” But I most certainly haven’t had that sort of hostility from members of the audience in a concert setting.

I learnt a few things from this and reflected on them during a night of complete sleeplessness:

Some people are jerks;
Some people have fear and express it through hostility;
Some people are annoyed when they don’t understand something immediately off the bat, and therefore develop fear. See no. 2 in order to find out how that develops.
For all the talk about fusty ‘old people’ keeping classical music back, the overwhelming support against yesterday’s detractors came from people from a variety of ages and backgrounds. So, I realised the truth of that funny rude proverb they say about what happens when you make assumptions.

I’m also fairly sure that the harpsichord has never been in a situation which has inspired total order breaking down in a concert hall. For me, that’s indescribably awesome. If this instrument can inspire opinions, then we are on to something. Of course, I wish people would express themselves in more respectful ways, but who am I to judge? My brain hurts to think what would have transpired had I played something really new.

« Start the week with Pavarotti in his smalls