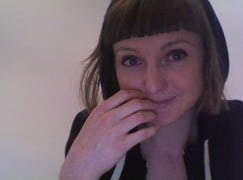 Tragedy: US music student, 25, is found dead in Vienna

Austrian police say they have found the body of Lauren Mann, from Paonia in Western Colorado, in an apartment on the Wiedner Hauptstrasse.

There were no external injuries but tests are being carried out to see if she was possibly poisoned. No other cause has been indicated.

Lauren, who studied at the College of Music at the University of Colorado-Boulder, went to Vienna to improve her German and was working as an au pair. Her employers reported her missing earlier this week.

Her family say: ‘We are heartbroken to tell you our daughter and sister Lauren Mann has been found dead in her apartment in Vienna, Austria. An investigation is in progress. It has been released in Austria to the media and is being sensationalized. Please keep us in your thoughts and prayers.’

« Cellist gets refunded for his extra seat