The death is reported of Jean-Louis Martinoty, director of the Opéra National de Paris from 1986 to 1989.

He died on Wednesday of unknown causes, a few days after his 70th birthday. Martinoty was a prolific stage director, coming to attention with a celebrated Rameau Boréades for John Eliot Gardiner and working at many opera houses, including Mozart productions in Vienna. 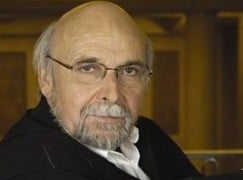