The Royal Concertgebouw has scrambled up subs for Andris Nelsons, who is out for several weeks with a shoulder complaints. Here’s the announcement:

The concert on 11 December will be conducted by Paavo Järvi. The programme will remain unchanged: Benjamin Britten’s Violin Concerto featuring Baiba Skride’s first performance with the RCO, Le tombeau de Couperin and the second suite from Daphnis et Chloé – both by Ravel. 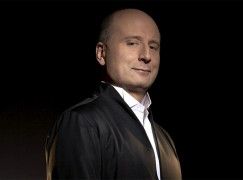 The concert performances of Wagner’s opera Lohengrin on 18 and 20 December will be conducted by Sir Mark Elder. A highly experienced Wagner conductor, the Englishman has made regular guest appearances with the Royal Concertgebouw Orchestra since 1996.