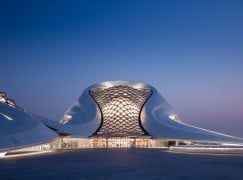 1 The New York Philharmonic will pick the wrong music director.

2 No turf will be broken on Simon Rattle’s vanity hall.

3 Munich will complain about Valery Gergiev’s lack of rehearsal or Putinist statements.

4 The resurrection of NY City Opera will be postponed.

5 Eighteen critics will call on Placido Domingo to retire the voice.

7 A woman in Buffalo, NY, will call for more Dutilleux. She will be outvoted.

10 China will be confirmed as the world’s largest consumer of western classical music.