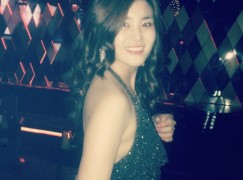 Sunghee Choi  (pictured) joined the Orchestra last week (October 26) for its U.S. tour, which included performances in Kansas City, MO; Ann Arbor, MI; and Chapel Hill, NC, with Muti. Before that Choi was a member of the viola section at Lyric Opera of Chicago, 2013–2015. A regular substitute with the New York Philharmonic and the Philadelphia Orchestra, Choi appeared as soloist in her native Korea with the Seoul and Sunhwa symphony orchestras.

Youming Chen joins the CSO’s viola section on February 1, 2016, from the Kansas City Symphony, where he has served as associate principal viola since 2013. He is also a member of the Grant Park Music Festival Orchestra, and was principal viola with the Juilliard Orchestra in 2005, the year it made its centennial tour.