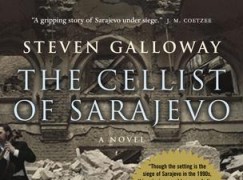 Cellist of Sarajevo author is suspended by university

The Canadian novelist Steven Galloway has been suspended by the University of British Columbia, where he chairs a creative writing program, over what are called ‘serious allegations.’

He has not been told what the allegations are, or how they will be investigated. He has been suspended on full pay.

It’s all a bit Kafkaesque.

Steven, 40, is author of The Cellist of Sarajevo, The Confabulist, Ascension and Finnie Walsh.

« The first woman to head Chicago Symphony in 125 years

Itzhak Perlman: ‘This is *my* interview’ »