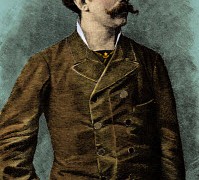 The lakeside festival is taking a huge risk next summer with Hamlet by Franco Faccio (1840-91), premiered in Genoa in 1865 and revived six years later at La Scala.

Its only subsequent production was by Opera Southwest at Albuquerque, in 2014.

UPDATE: The rediscovery is the work of conductor Anthony Barrese, who will lead a new production at Delaware in May, ahead of the Bregenz staging. 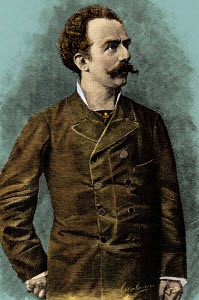 Bregenz Intendant Elizabeth Sobotka has loved the score since she was a student. The title role will be sung by Pavel Cernoch, a tenor from Brno. Details were announced today.

Bregenz’s other big show is Turandot.

Puccini’s, since you asked.