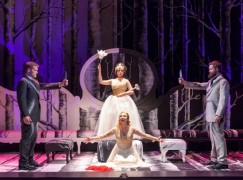 They said City Opera would never die. It did.

They said it could never happen again.

The collapse of two opera companies in New York supports Peter Gelb’s contentious thesis that there are not enough opera lovers in and around the city. The Met plays at 75 percent capacity. There may be other reasons, to be discussed at another time. For the moment, let us regret Gotham’s passing and the opportunities now lost to singers and musicians in the New York area.

“We regret to announce that Gotham Chamber Opera will cease operations,” said Beatrice Broadwater, president of the Board of Directors of Gotham Chamber Opera. “In early summer, the company’s new executive director, Edward Barnes, uncovered a significant deficit that was not previously disclosed to the board. We do not have, nor do we anticipate having, sufficient donations and pledges that would enable continued operations of the company.”

“I am proud to have founded Gotham Chamber Opera,” said artistic director Neal Goren. “The company’s fifteen year lifespan has been an extraordinary run, and we have been fortunate to be a part of New York City’s cultural landscape. We are grateful to all of our generous donors, collaborators and attendees, and thank them for their support.”

The company’s future productions have been cancelled, and the board is meeting to determine the steps to wrap-up the organization’s affairs. 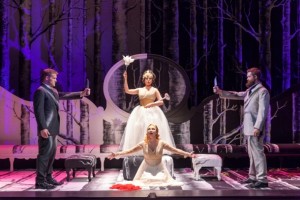 « It’s October 1st and men are feeling the chill