Here’s the letter that supporters and patrons are receiving today. No admission of error or responsibility by the bumbling management team. Just thanks and goodbye. 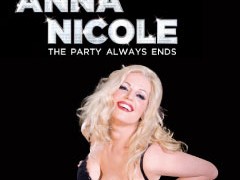 It is with much regret that we announce the cancellation of the 2013-2014 Season.   New York City Opera did not achieve the goal of its emergency appeal, and the board and management will begin the necessary financial and operational steps to wind down the Company, including initiating the Chapter 11 process.

For seventy years, since Mayor Fiorello La Guardia established it as “The People’s Opera,” New York City Opera has introduced generation after generation of young singers who are stars in the making, brought the public exciting new works and compelling, fresh interpretations of classics, acted as a champion for American composers and performers, and ensured that every New Yorker can experience the live art of opera.

We thank you for your continued support over the years and for making New York City Opera truly “The People’s Opera.”

And here’s the union’s response:

New York NY—As the musicians of the New York City Opera have long feared, NYCO management’s reckless decisions to move the New York City Opera out of its newly-renovated home at Lincoln Center, slash the season schedule and abandon an accessible repertoire have predictably resulted in financial disaster for the company. Despite disagreement with this strategy, the devoted musicians made great sacrifices in wages and benefits to keep the Opera afloat. Lamentably, due to egregious mismanagement and a paucity of vision, instead of reaping the benefits of a strengthening economy, this most storied of cultural institutions now lies in ruin. Nonetheless, the world-class musicians of the New York City Opera orchestra believe in the possibility of a new beginning are committed to continue working together as a cohesive ensemble should the opportunity arise. They are eager to hear from performing arts venues, producers, and other cultural organizations who may be interested in keeping the company together. Their ardent hope is to continue to play the opera they love in a company with a respect for tradition and a bold vision for the future.