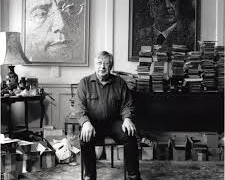 The critic who ‘never liked to write anything bad’

We’ve received sad news of the death of Edward Greenfield, two days before his 87th birthday.

Ted was music critic on the Guardian for 30 years (1964-1993) and senior reviewer on Gramophone magazine for longer still. His agreeable, authoritative, unfailingly gentle style gave him huge industry clout; one DG executive told me, only half in jest, that Ted sold more records than most of their artists.

A former political correspondent, he maintained a stubborn admiration for Edward Heath, the most lamentably awful of British prime ministers, and a failed musician to boot.

Once, over a long cool drink in Salzburg, I asked Ted for his critical values.

‘Well, you see, Norman,’ he beamed, ‘I never like to write anything bad about anyone.’

‘Er, Ted, so why did you become a music critic?’

« Has the Tchaikovsky Competition found another Pletnev?

If opera houses declare record results, why are they in trouble? »