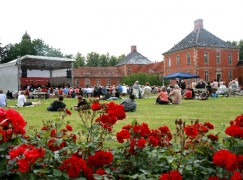 The town of Schwerin in the province of Mecklenburg has a Proms season. Who knew?

Now we do because “MeckProms” is going, in its own slogan “Very British”, with music by ‘Edward Elgar, Vaughan Williams, Benjamin Britten, Frederick Loewe (sic), Leroy Anderson (double-sic) and more.

See you there on Sunday, July 19, 2015, 11am in the baroque park in front of Schloss Bothmer in Klütz. Bring a picnic basket. Don’t forget your umlaut. 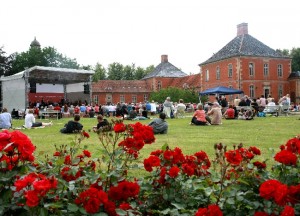 « Just in: Death of a great baroque leader